The New Year is approaching fast.

It’s time to start thinking about how to position our portfolios.

Will 2023 be another rough year? Or are more profitable days ahead?

To answer that question, we need to understand something surprising:

We’re not done with Covid yet, at least not from an economic perspective.

There’s a gradual drop in hiring and production, followed by a gradual re-stocking as things return to normal.

But the Covid recession was different. The drop was sharp and sudden: fifteen percent of America’s workforce got laid off in a few months. But the recovery was just as quick.

And there were some unique twists along the way…

Cash Rules Everything Around Us

For example, this recession featured lots of cash in consumers’ pockets, courtesy of the U.S. government.

To see what I mean, check out this chart. It shows how much Americans spend to service their debt, relative to their incomes. 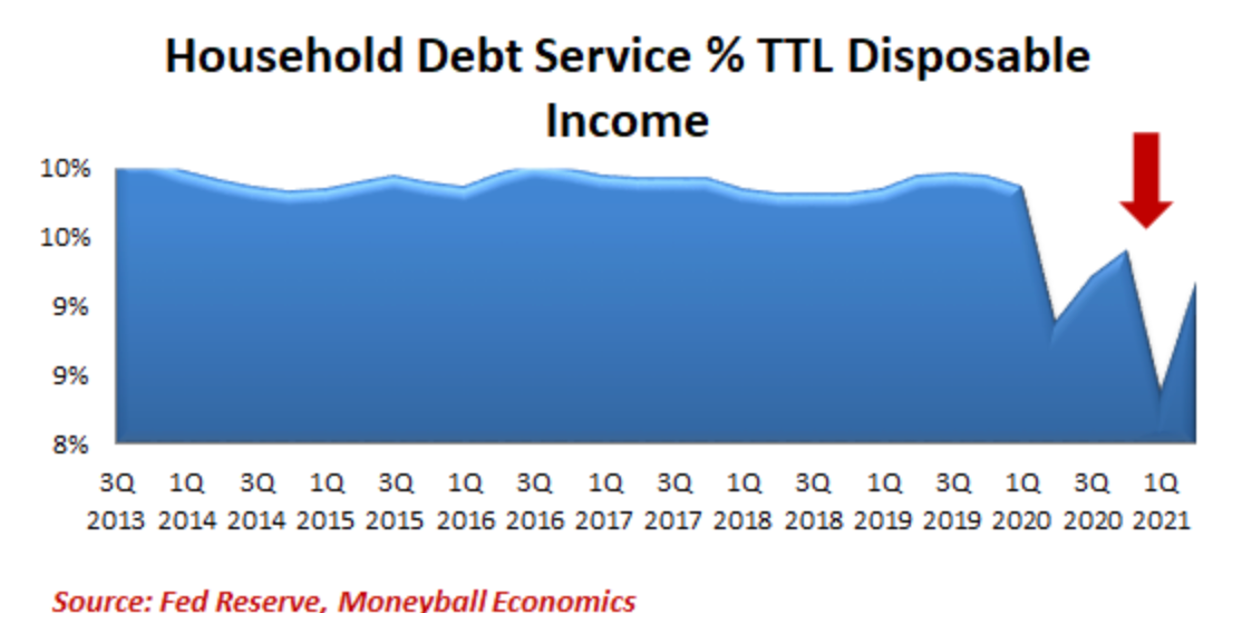 When the government slashed interest rates, the cost of servicing debts went down. In fact, debt service went from ten percent of peoples’ incomes to around eight percent. That’s a huge amount of extra money in consumers’ pockets!

Furthermore, the government put money directly into peoples’ pockets in the form of stimulus checks. As you can see below, this caused personal compensation to surge: 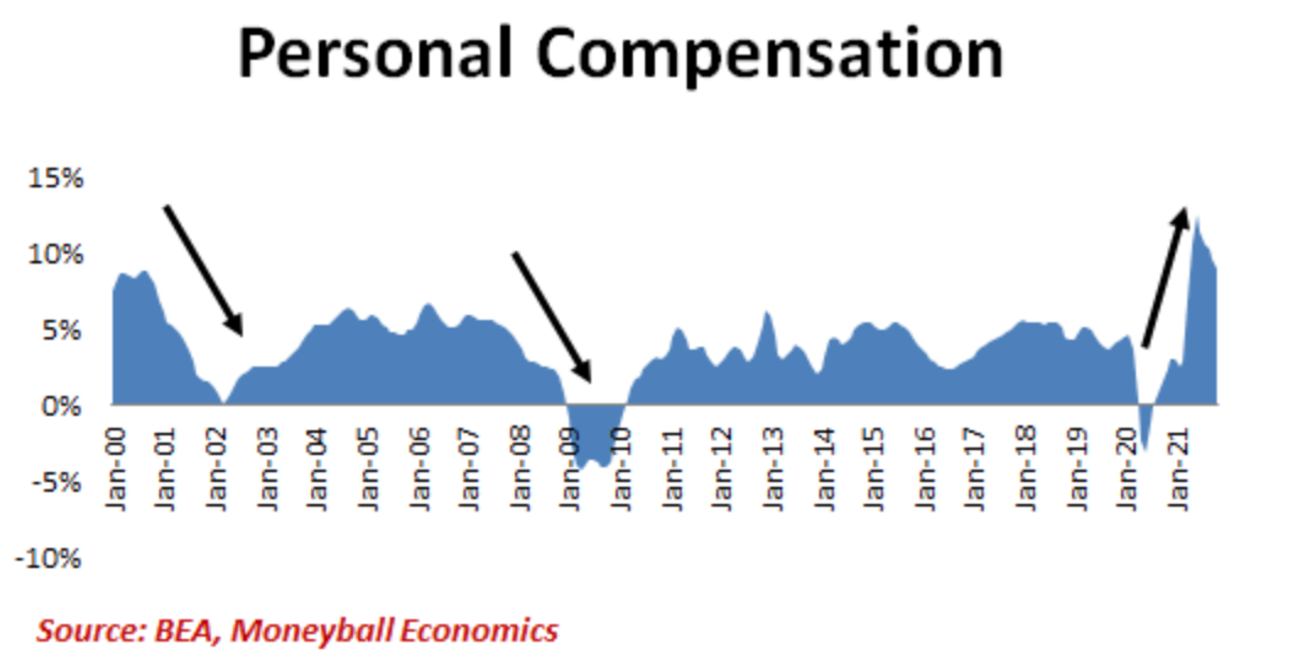 Simply put, Americans had an infusion of cash. And they desperately wanted to spend it.

Factory production plummeted during Covid. Ports and factories were limiting their workforces from showing up, or they closed their businesses down entirely. This was a recipe for disaster. 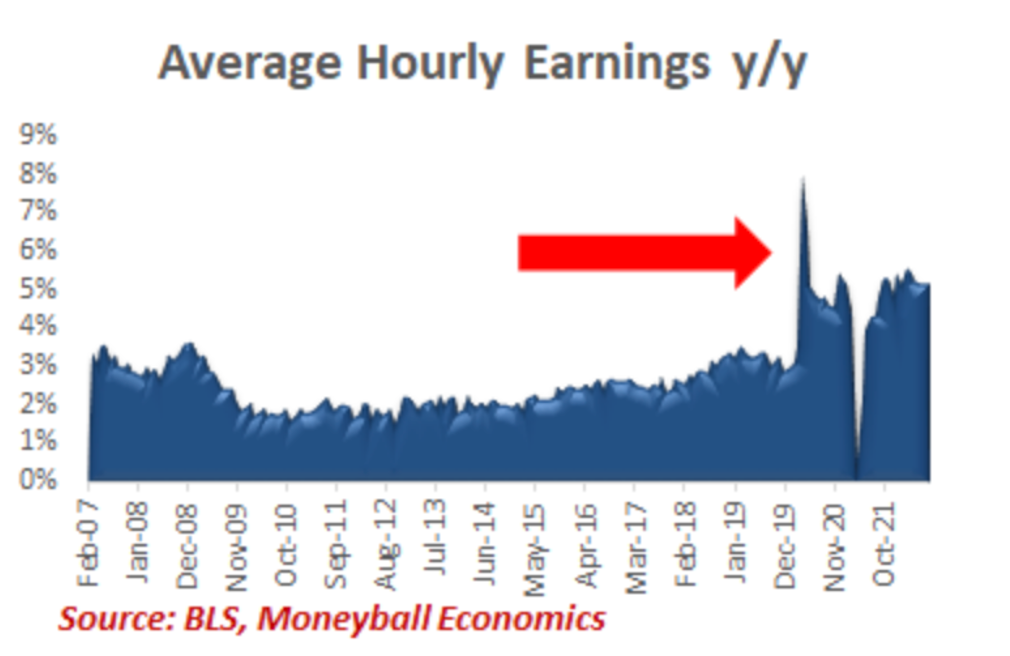 Typically, there’s an annual increase in hourly earnings of two or three percent. But during Covid, earnings jumped by about six percent.

This is what I mean when I say we’re still recovering from Covid. And this recovery will have a major impact on our investments in the year to come.

A Return to Normal

If 2022 was all about inflation, 2023 will be largely focused on normalization.

In fact, hiring is already slowing. Take a look: 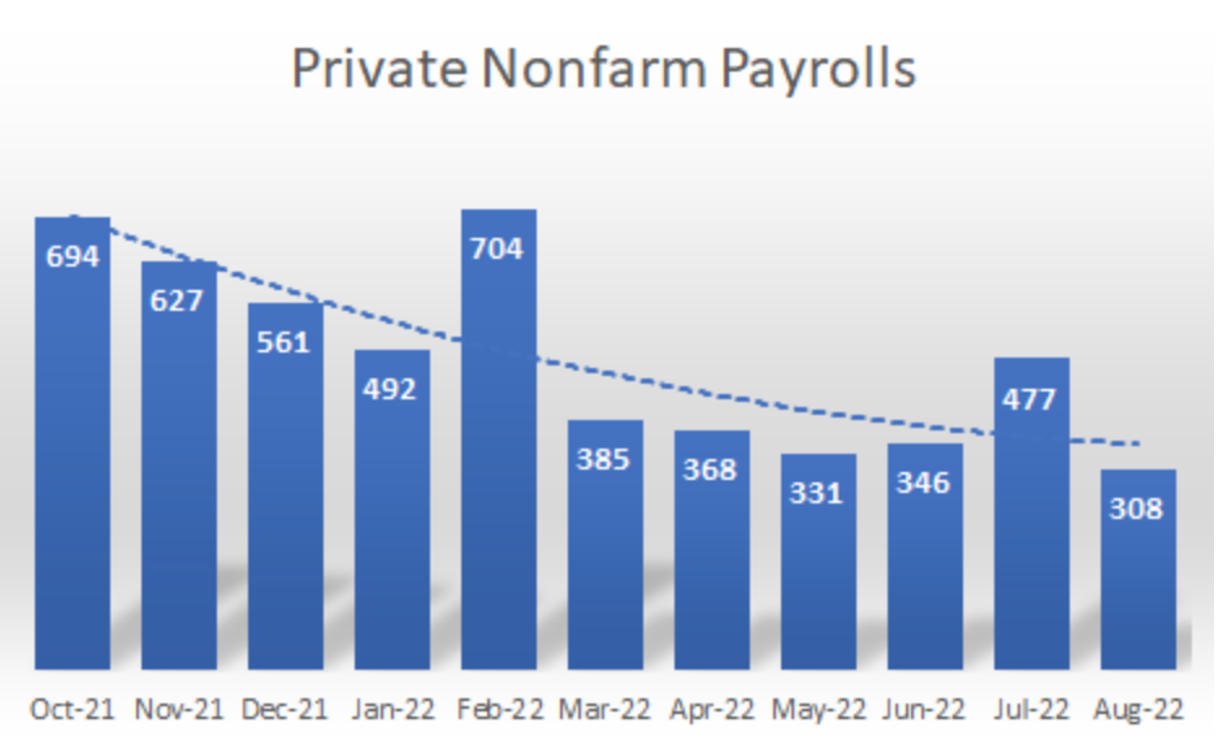 So, what happens next?

I’m keeping an eye on a handful of investment themes. For example:

And today, for “Pro” subscribers, I’ve put together a powerful list of companies whose stock prices could soar in 2023.

In the meantime, here’s to a happy and profitable 2023. Zatlin out.