Auto stocks have taken a beating this year!

So why am I still so eager to invest in this sector?

One key chart explains everything…

This is the stock price for General Motors (NYSE: GM).

It’s been beaten with an ugly-stick this year!

So why am I so gung-ho about the car sector? Because I’m focused on a different chart…

One that tells me this sector is about to shift into high gear.

And now it’s time you get ready for it…

The Auto Industry’s Ready to Run

Here’s the chart that has me so excited: 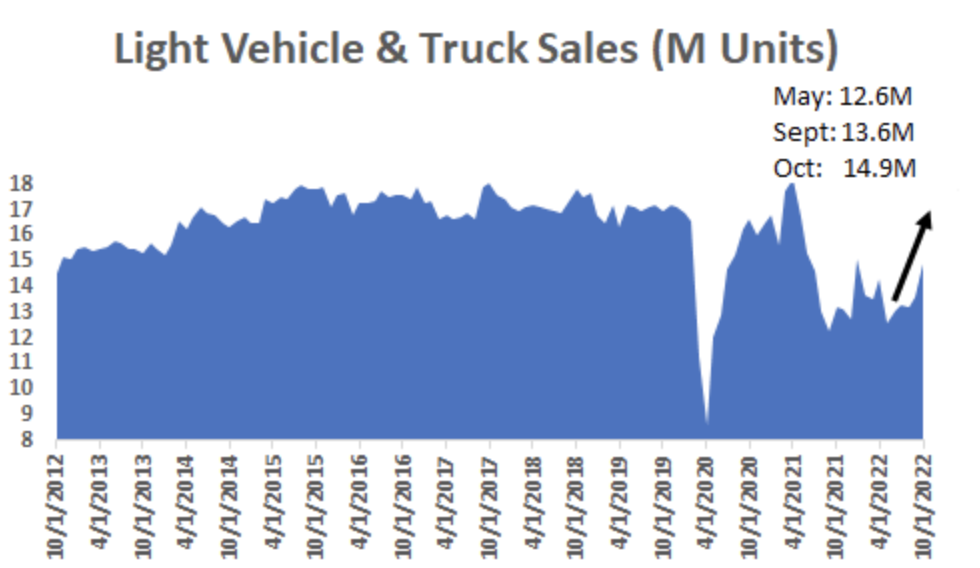 It shows U.S. production of light vehicles and trucks over the past decade.

Last month, though, we saw signs of a rebound. The greater availability of semiconductor chips sent auto production soaring.

The auto industry is ready to run.

Which Companies I’m Focused On

Keep in mind that, even in a recession, Americans buy about sixteen million cars a year. And today, production’s just getting close to fifteen million. So there’s still plenty of upside.

But as an investor, I’m not looking at companies like GM or Ford (NYSE: F) that make cars…

Instead, I’m focused on companies that make car components.

And all three beat expectations.

And when I look at my hiring data, I see even more growth ahead…

Here's hiring for the three companies I just mentioned. 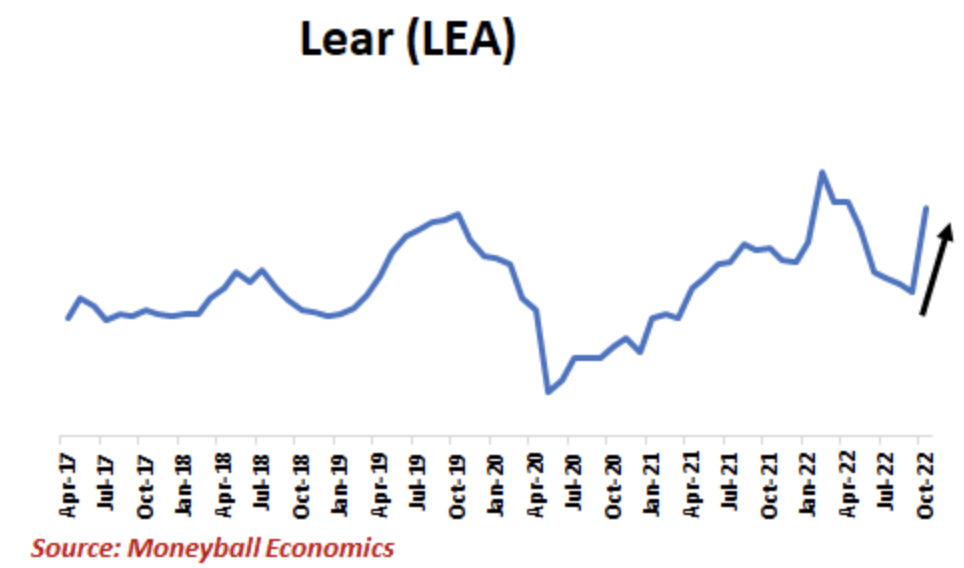 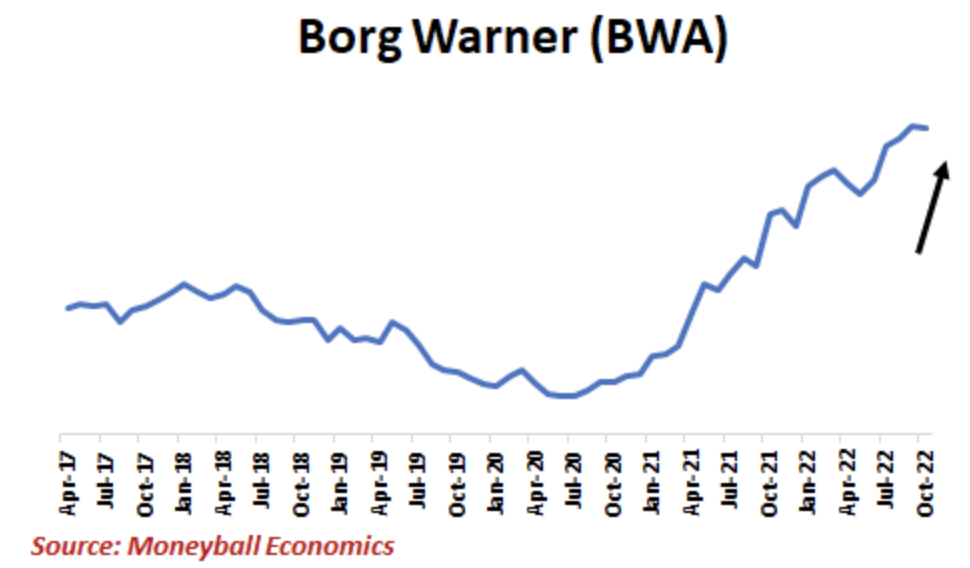 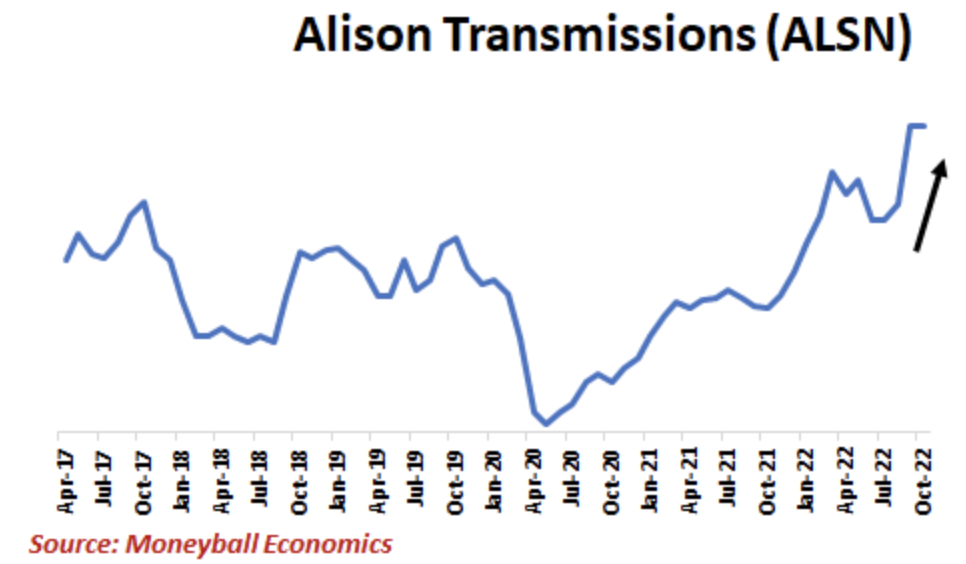 Notice how everything is up and to the right? That tells us these companies expect production to keep ramping up. And that’s important…

It’s a sign we’re still on the ground floor. Component companies are just shifting from second gear into third gear. Just wait ‘til they hit fourth and fifth gear next year.

More Reasons to Get Excited

Speaking of next year, here’s what’s interesting: a lot of these companies’ 2023 sales forecasts are suspiciously low.

For example, the auto sector’s poised to see fifteen percent growth, yet I see Allison is expecting only a three-percent jump in sales next year.

Hmm, is something wrong with my glasses? Nope. It simply means these companies are undervalued.

And here are three more reasons to get excited:

We need to take advantage of this opportunity.

And if you’re a “Pro” subscriber, I’ll share the details of how to do exactly that!