And from this data, I’ve been able to identify invaluable trading ideas.

I’ve never shared this proprietary information before — until today.

During the past twelve years, I’ve built a proprietary data set.

This data reveals hiring trends at hundreds of publicly-traded companies…

And in turn, it helps me identify invaluable trading ideas.

I’ve never shared this information with anyone.

But given what’s happening in the world right now, it’s too important to keep to myself…

If Companies Expect Growth, They Hire!

To set the stage here, let me say this:

Hiring is essential to the economy.

That’s because labor is the fuel of our economy. It’s the gasoline that goes in the tank.

If companies are expecting growth, they fuel up and hire. And if they’re expecting a contraction, their hiring drops.

This is my area of expertise. I’ve been Bloomberg’s #1 forecaster for payroll and jobless claim data.

So let me show you what I’m seeing…

Hiring is Down Massively

Each month, I collect hiring data on about 600 companies, and I compare that data to prior months. This helps me identify trends. 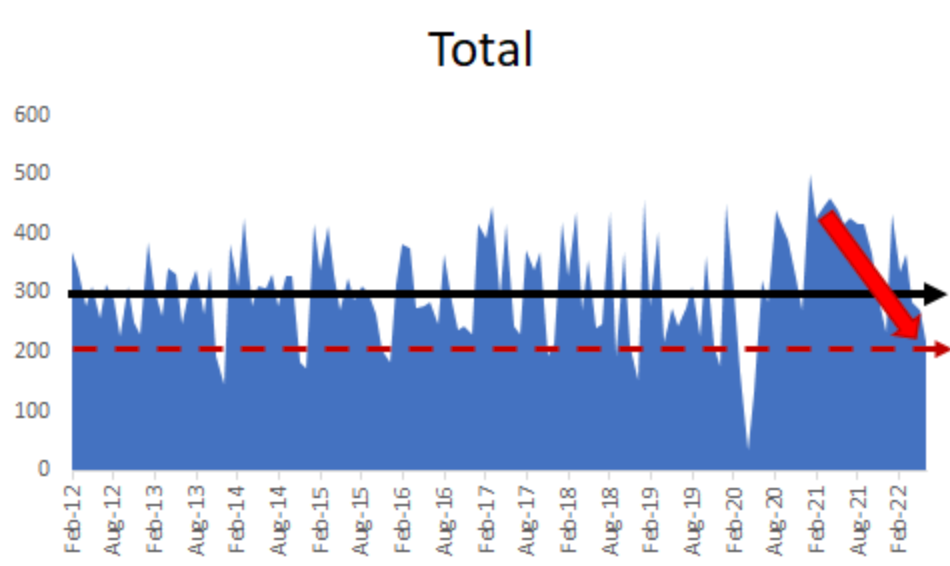 In any month, about fifty percent of the companies I track are hiring more than they did the prior month. That’s shown by the black line running across the middle.

Last month, however, that fifty percent figure crashed. It’s down massively. Specifically, in June, nearly two-thirds of the companies I track hired fewer people than in May.

That means companies across the board are bringing their hiring to an abrupt halt.

And that suggests that a recession is coming sooner than most analysts are forecasting. I’m talking about this year or early next year.

But that’s not all…

Stay Away from These 3 Sectors

This hiring slowdown is happening across multiple sectors.

Sure, a handful of sectors are hanging in there.

But three sectors are collapsing. Let me show you what I mean. 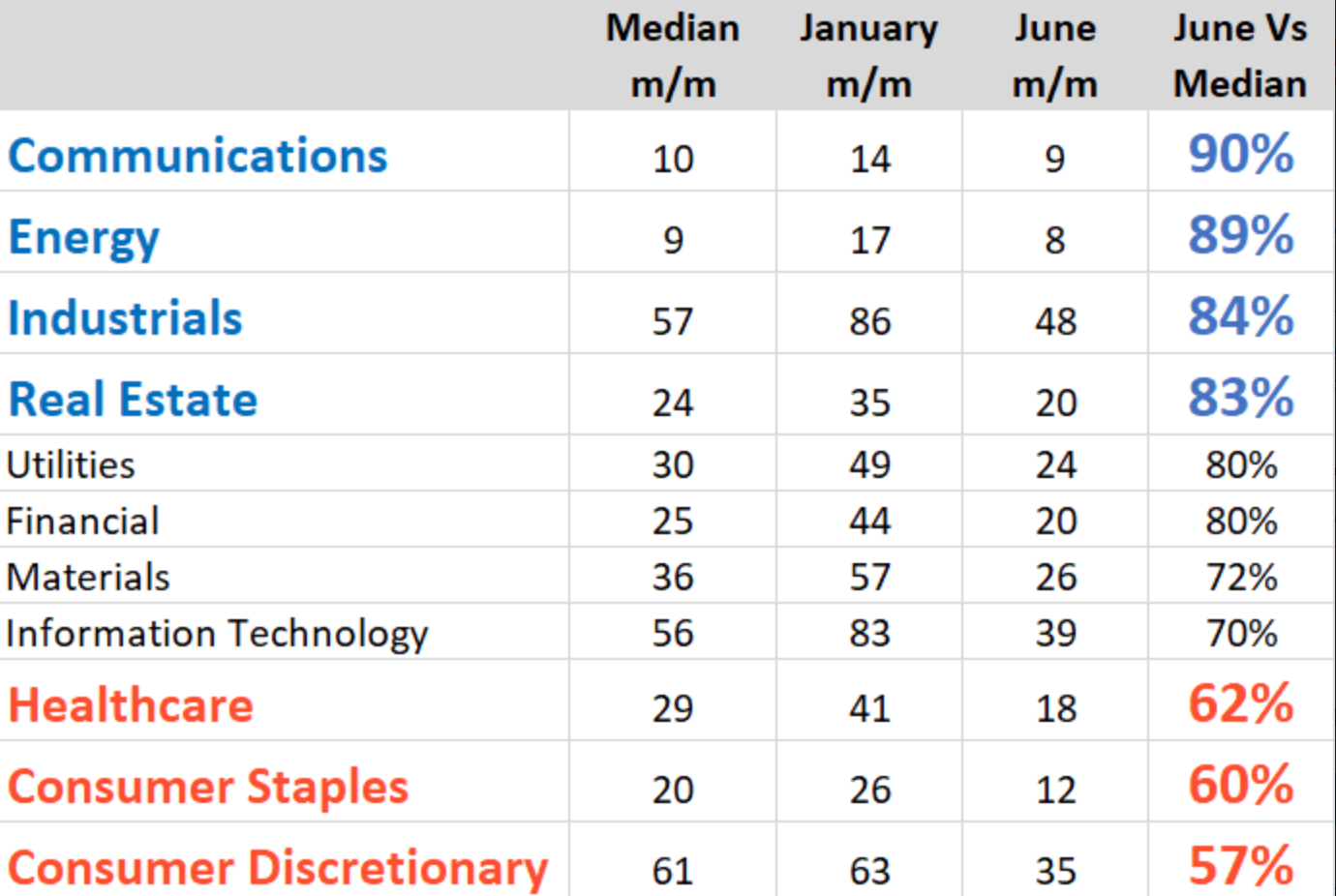 For the sectors in blue — Communications, Energy, Industrials, and Real Estate ­— hiring was close to their median figures. For example, as you can see, Communications was 90% of its median. That’s not too bad.

But now look at the sectors in red — Healthcare, Consumer Staples, and Consumer Discretionary. Their hiring levels are at just 50% to 60% or so of their medians. In fact, their hiring figures are at nearly ten-year lows.

These three sectors are about to experience a major pullback. So as investors, they’re the ones you need to avoid right now.

Well, if you’re a Moneyball “Pro” or a Crash Alert subscriber, you’ve been hitting homeruns from the specific recommendations I’ve been making.

And now I’ve got a new recommendation for you. It’s right below.