Cars, Trucks, and Plenty of Upside

After all the recent supply-chain problems, the auto industry is finally getting back to normal.

The thing is, the market isn’t recognizing some of the best opportunities…

And that’s why we have a chance to grab some upside here.

Cars, Trucks, and Plenty of Upside

But when Covid hit in 2020, that number plummeted. Fewer people were visiting dealerships, and the shortage of semiconductor chips meant fewer cars were being produced.

The industry is still recovering, with about thirteen million vehicles being sold per year.

But with semiconductor chips becoming far more available, car production is ramping up right now — and that’s why car companies are expecting a return to normal.

The thing is, for investors like us, this is creating significant market opportunities…

In the chart below, you’ll see seven car companies. You’ll also see their expected sales for this year and next, as compared to 2019: 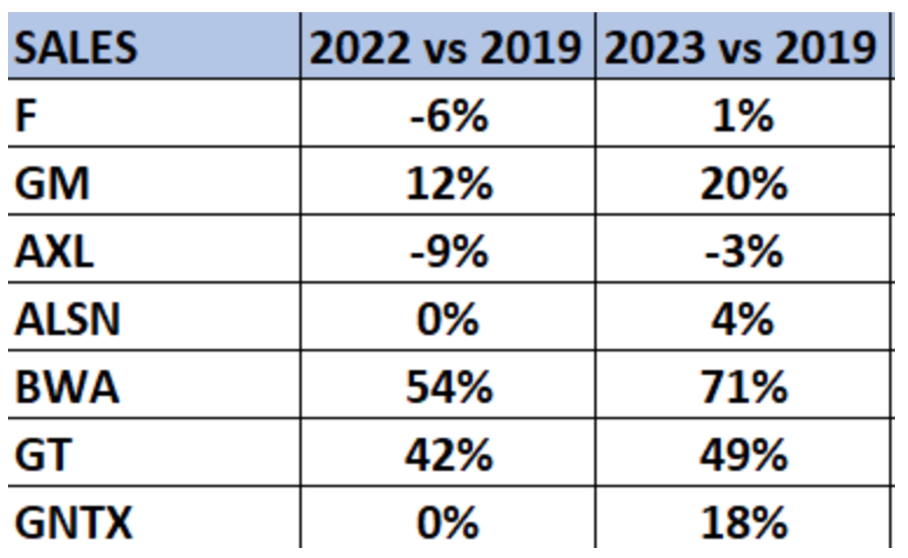 Ford (NYSE: F) projects 2022 sales to be six percent below its 2019 numbers. But it believes next year’s sales will be one percent higher than pre-pandemic. That’s promising.

And now look at auto-parts suppliers BorgWarner (NYSE: BWA) and Gentex (Nasdaq: GNTX). They’re expecting huge growth next year. A return to normal and then some.

Based on this chart, we should scoop up stock in a bunch of these companies, right?

You see, many of these companies have had this projected growth baked into their stock prices already. Take a look:

These companies’ share prices are already soaring, so their upside is limited. Here’s another way to look at it: 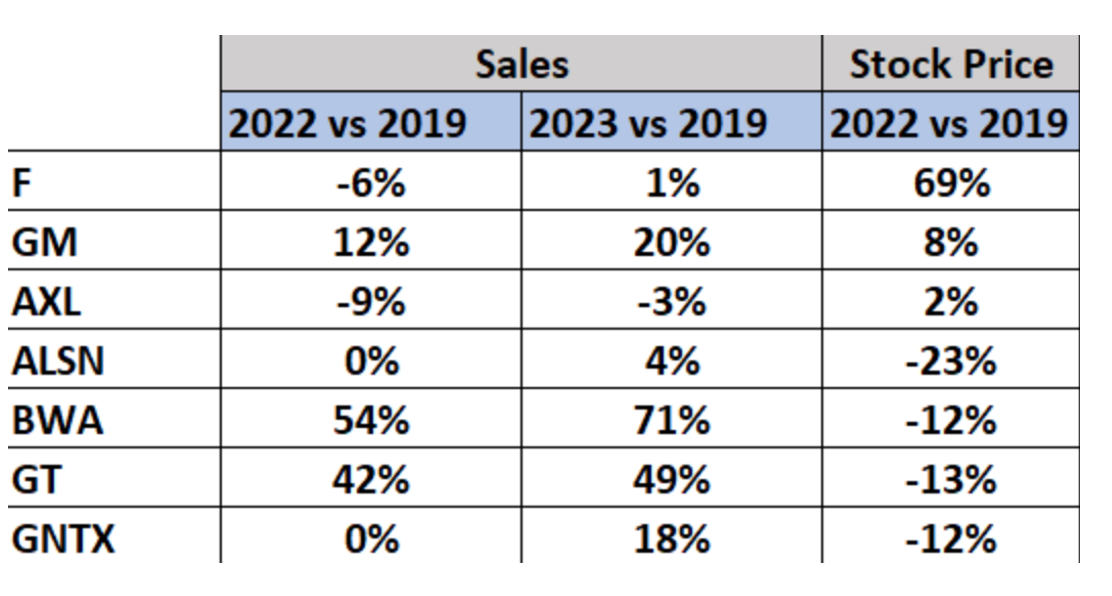 On the right-hand side, you’ll see the change in each company’s stock price between 2019 and today.

Ford’s stock is up nearly seventy percent in three years. Yet its production is expected to be just one percent higher than in 2019. That’s not a good investment.

On the other hand, you could buy stock in Gentex, a company expecting sales to be eighteen percent higher in 2023 as compared to 2019, but pay twelve percent less. Heck, yes!

And when you look at my proprietary data, the investment picture gets even clearer…

I’m referring to my hiring data. That’s because any company that’s truly expecting growth will hire for it in advance. 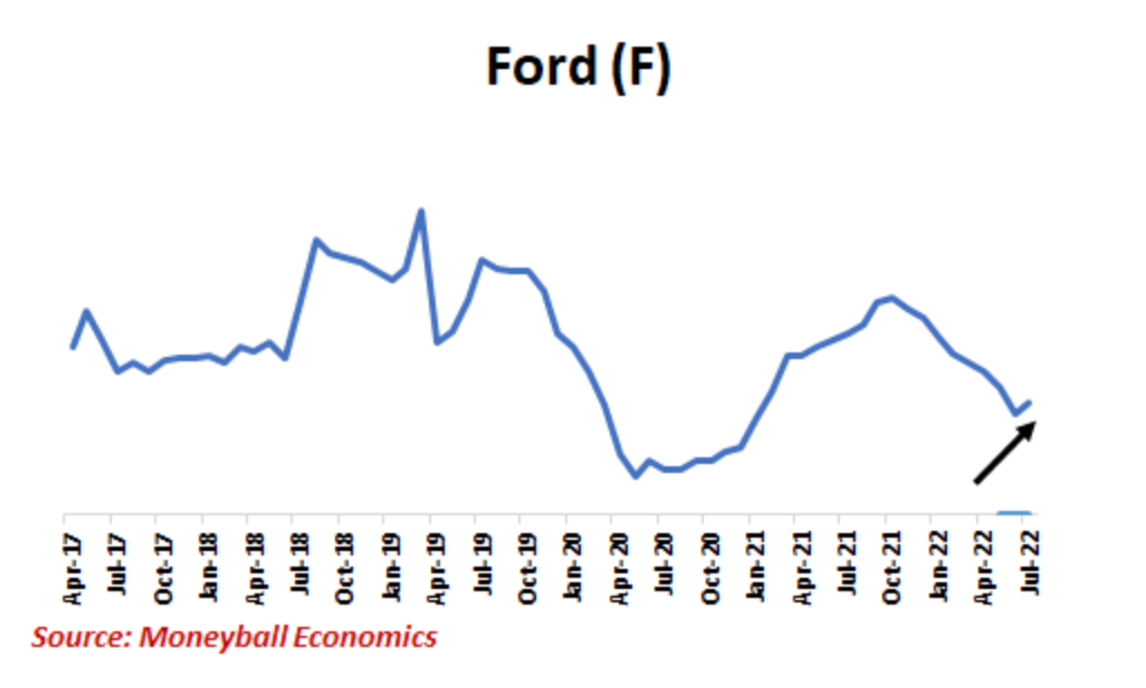 If you recall, Ford is expecting just one-percent growth in 2023 compared to 2019. And its sluggish hiring activity reflects that.

Allison Transmission (NYSE: ALSN) is expecting four percent growth next year — not much. That’s why its hiring is slowing: 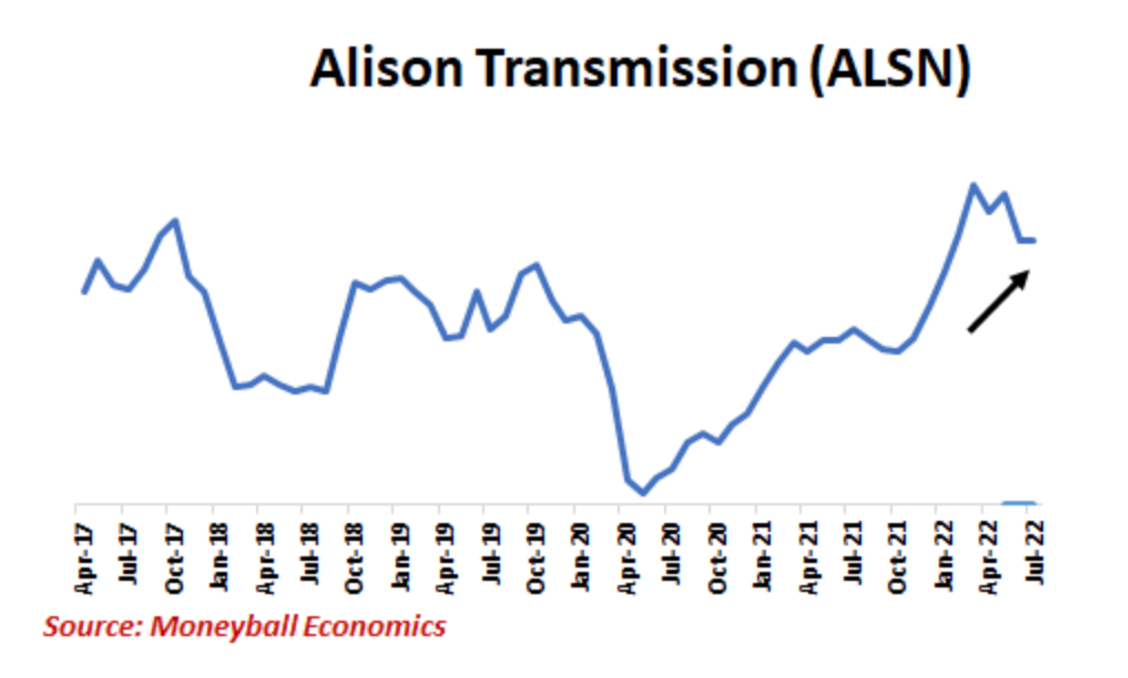 But now look at the companies projecting major growth. For example, here’s hiring for BorgWarner: 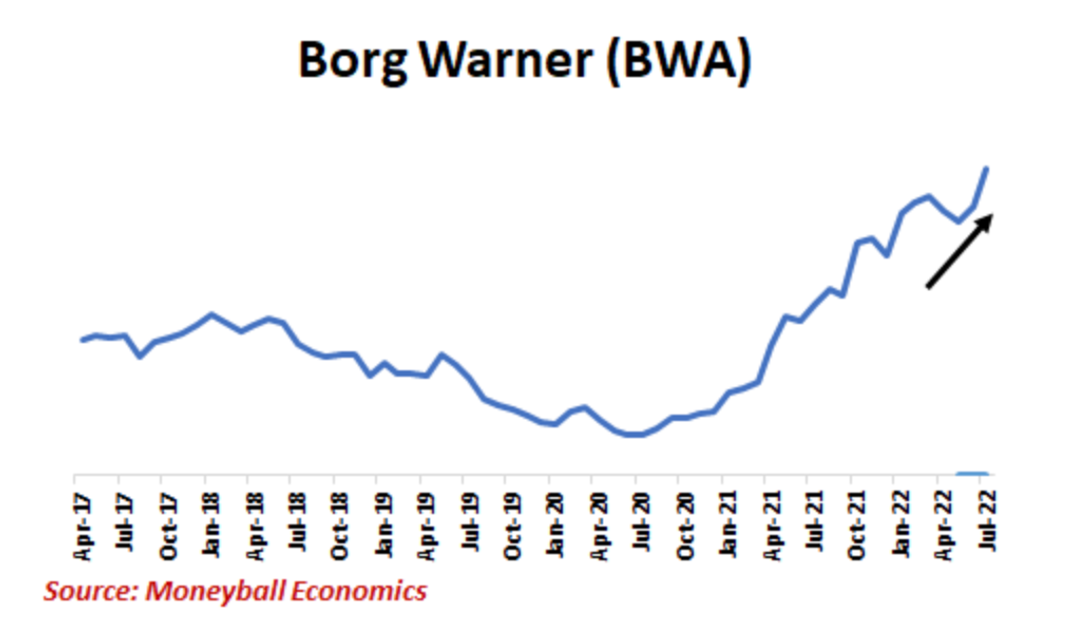 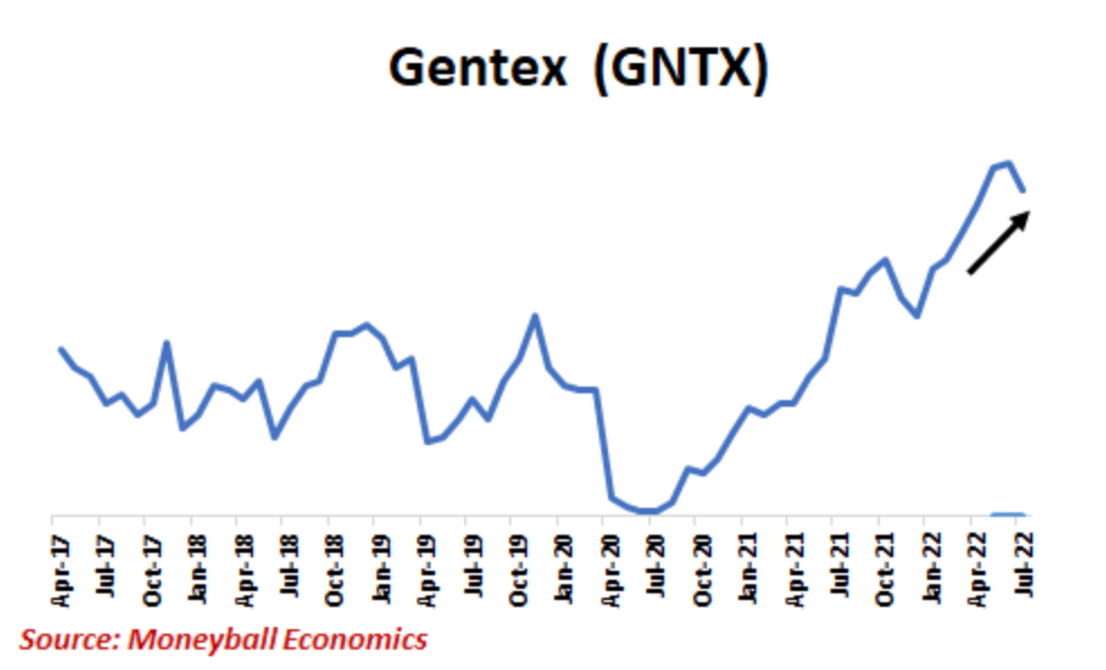 These companies are expecting significant growth, and we can see it clearly in their hiring.

Be Bearish and Bullish

Folks, it can be tough sometimes to decide whether to be bearish or bullish.

But I believe you can be both. You see, by leveraging my hiring data, you can determine which companies are truly expecting to grow.

And which ones to bet big on.

If you’re a Moneyball “Pro” subscriber, I’ve got a very strong recommendation for you so you can take advantage of what you learned here today.