And the stock market is in free-fall.

Think you can’t make money when this happens? Think again.

Halloween is still a month away — but inflation is spooking the market!

Last month, inflation rose by more than eight percent. In response, the market fell off a cliff like Wile E. Coyote.

Why is the market so darn afraid of inflation?

Today, I’ll explain — and show you how to make money from it.

The Main Culprit Behind Inflation

The biggest contributor to inflation is “shelter” — things like rent, mortgages, and utilities.

As you can see below, almost one-third of all inflation comes from this sector: 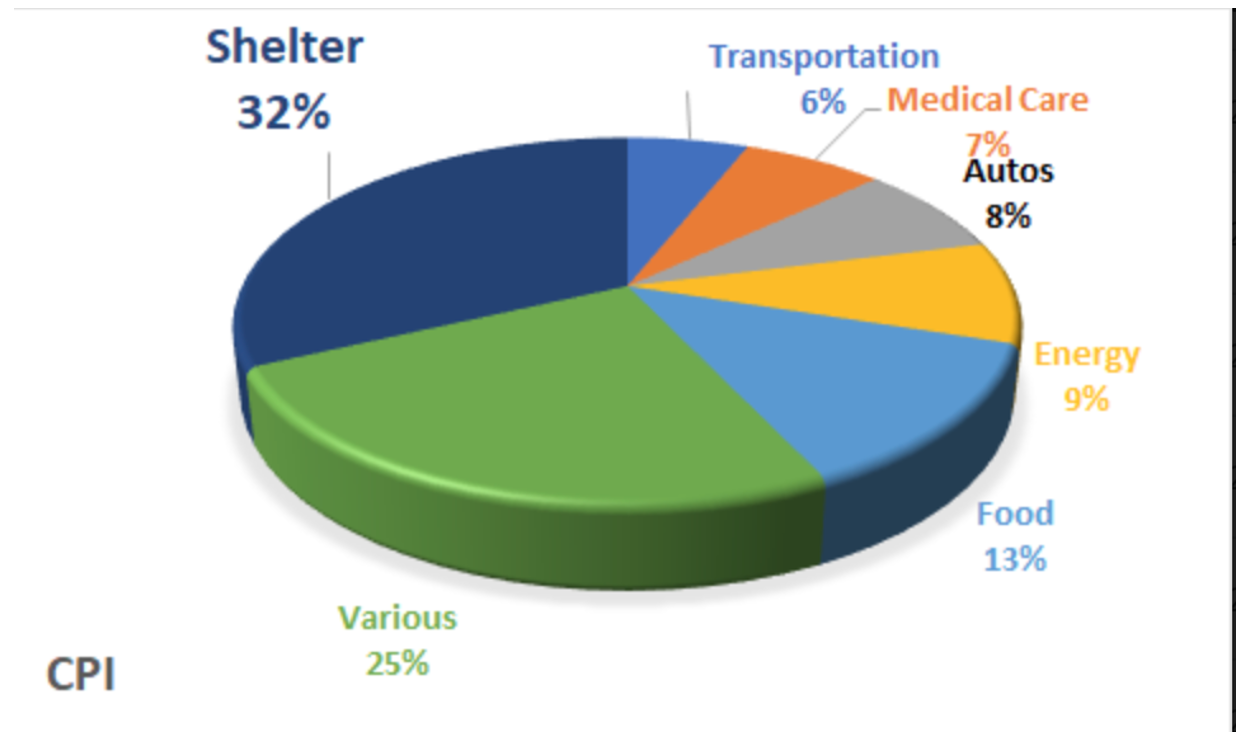 And here’s the thing:

As you can see in this chart, not only has shelter inflation kept going up and up recently… 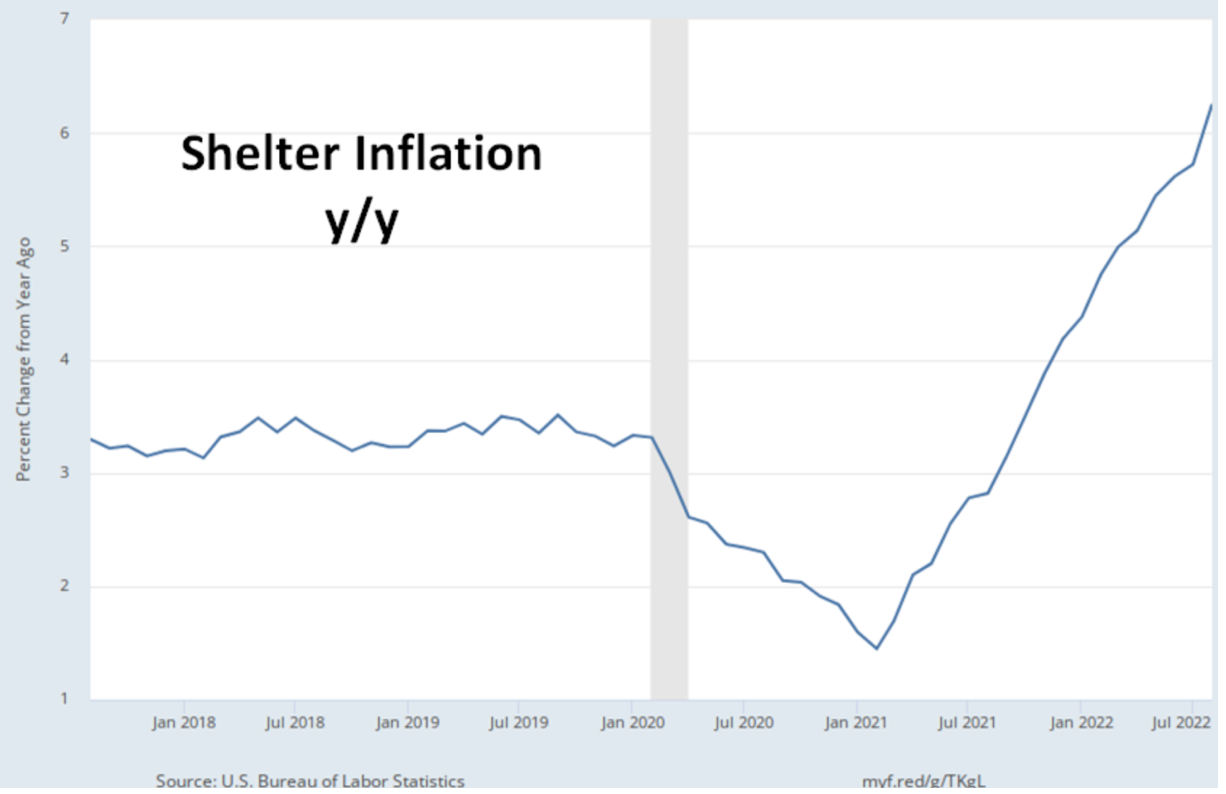 But this isn’t a sector that consumers can just pull back on when it gets too expensive. People aren’t going to give up the roof over their heads just because it costs more.

And it’s the reason the Fed and the stock market are so worried.

A Recession is Coming

To get inflation under control, the Fed is going after shelter.

To do so, it’s encouraging mortgage rates to rise by raising the Fed Funds rates.

When rates go up, it gets more expensive to borrow and get a mortgage. So demand for housing falls, while inventory rises.

And take a look at this: 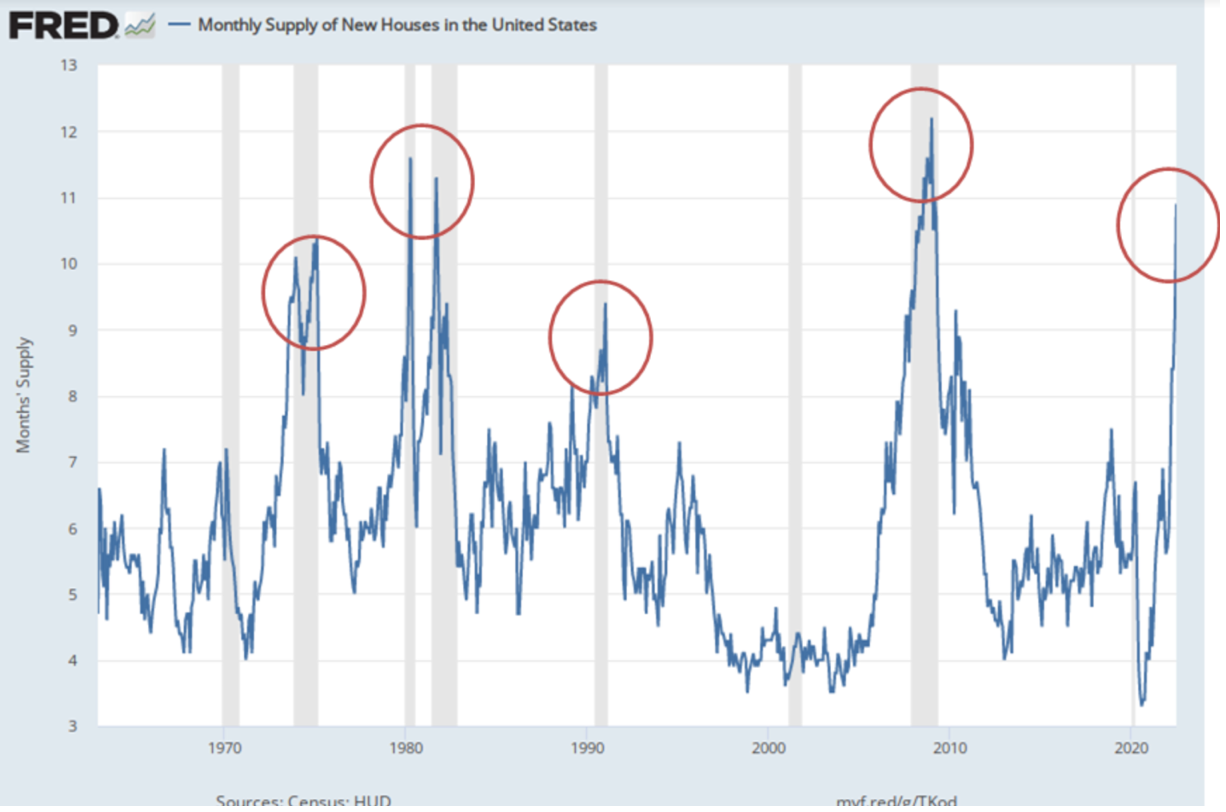 Pay attention to the red circles. Historically, when inventory reaches these levels, a recession took place. And as you can see on the right-hand side, we’re at that level right now.

Basically, a rise in mortgage rates leads to a slowdown in the housing and construction industry.

Why? Because it represents a huge chunk of America’s economy! Check it out…

The Ties Between Housing and the Economy

But housing’s reach extends even further. Sectors like architecture, engineering, and retail are closely tied to housing.

Given that eighteen percent of the U.S. economy is tied to housing, a slowdown of five percent in the construction sector results in a one-percent drop in the country’s entire GDP.

That is ugly and scary.

Basically, by raising rates, the Fed could be triggering a recession. And the markets know it.

The question for us is, how can we not only survive during this time, but thrive?

Identify the Winners and Losers

One way to thrive is to make sure you avoid anything that touches home building!

Another is to consider investing in companies in the rental and storage sector — for example, apartment REIT Avalon Bay (NYSE: AVB), or storage company Cube (NYSE: CUBE). Both companies are trading at good value and offer strong dividends.

To get positioned for profits here, consider joining Moneyball Crash Alert. That’s where I share my top ideas on how to make money in this market.