Picture an exciting investment opportunity in the energy sector.

What comes to mind?

Hold your horses. Because I’ve got a better idea…

And now the need to get it up and running is urgent — and I mean, urgent.

You see, now that winter is here, people need to heat their homes. And furthermore, without electricity, there’s no access to water. So major industries can’t operate.

Getting Ukraine’s power grid in working order is Job No. 1.

The U.S. government and many of Ukraine’s allies are rallying round to help.

A lot of electricity supply must be rebuilt. And keep in mind…

We’re talking about fundamental equipment here — not only parts that generate power, like turbines, but also parts that transmit it, like cables and transformers. There’s also an immediate need for mobile generators, to get electricity into homes and offices.

The situation is dire. That’s why the U.S. has already offered up to 200 generators from its Army supply. But this generosity creates several challenges:

The U.S. Only Provides U.S.-Manufactured Supplies

Eventually, demand will outpace supply. That means countries in possession of this equipment will be able to raise prices.

The U.S. is the leading donor of such equipment, so it stands to benefit.

The thing is, the U.S. will only provide U.S.-manufactured supplies!

So, which U.S. companies stand to benefit?

To start, look at MasTec (NYSE: MTZ), a global leader in producing transmission lines. It’s projecting thirty-three percent sales growth next year. That figure could soar higher if it benefits from the billions being spent on rebuilding Ukraine’s power systems.

Another company is General Electric (NYSE: GE), which makes transformers.

Then, given the immediate need for generators, two companies might benefit:

The first is Caterpillar (NYSE: CAT). CAT offers a two-percent dividend and projects six-percent growth next year. (And suppling generators to Ukraine could boost growth even higher.)

The second is Cummins (NYSE: CMI), which makes generators for factories. It offers a two-and-a-half percent dividend and is projecting eleven-percent growth. Not too shabby when we’re seeing a recession coming down the pipeline.

Confirmed! These Companies are Growing

These companies expect significant growth next year. And my hiring data confirms it!

For example, here’s hiring for Caterpillar: 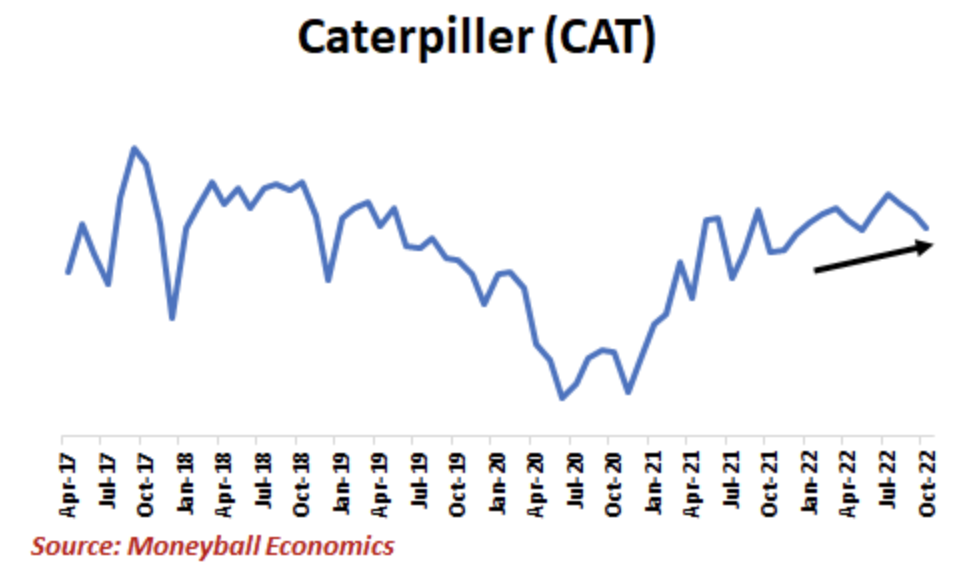 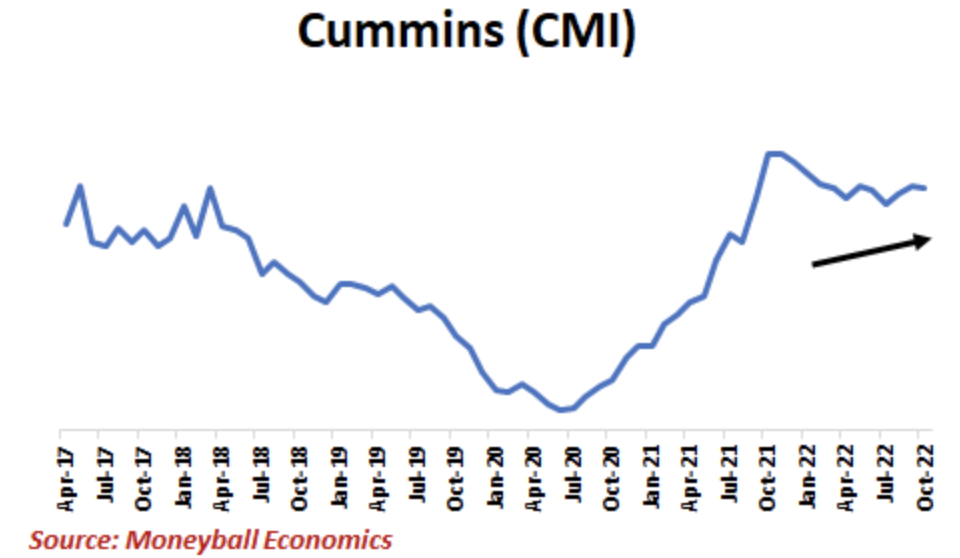 And hiring for GE: 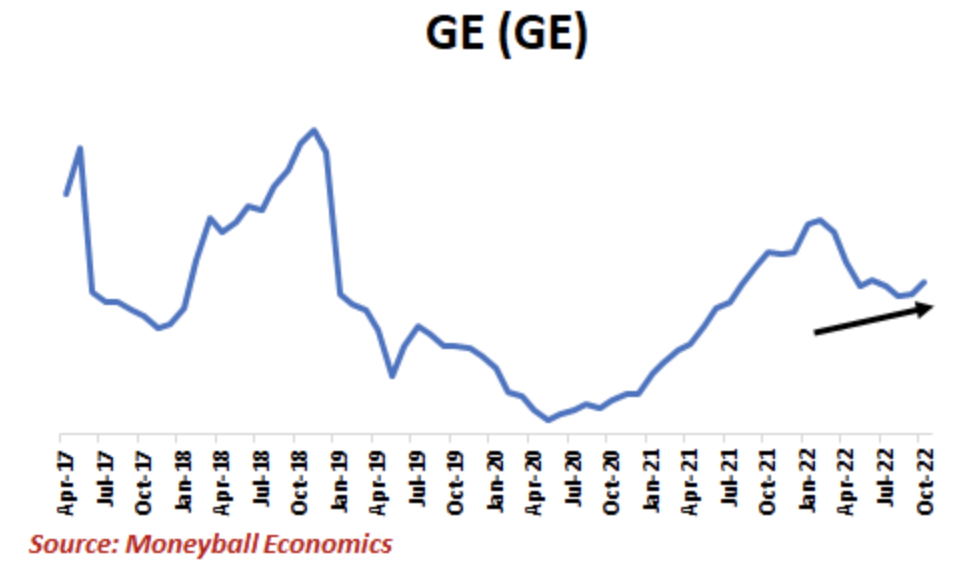 These companies are in a terrific position…

Global demand for electric supplies, coupled with shrinking inventories to meet this demand, means prices for equipment will go up — not just down the road, but right now.

A lot of suppliers will announce better earnings and better sales. And when that happens, expect a rise in stock prices.

But there’s one more reason to focus on these companies…

Another Reason to be Bullish

Beyond the immediate need to meet Ukraine’s electric-grid reconstruction needs, the companies mentioned above can help Ukraine in other ways, too. For example:

GE makes medical equipment, and Russia has torn apart Ukrainian hospitals. Those will need to be rebuilt and re-supplied.

And Cummins makes engines that will be vital in Ukraine’s restoration efforts.

These companies aren’t just a play on energy. They’re also embedded in the rebuilding of Ukraine, which increases their profit potential.

And now, to see my favorite way to take advantage of this opportunity, check out my recommendation below for “Pro” subscribers.