Is the Recession Over? The Answer Might Surprise You

It's taking stories about job cuts and slower economic growth as a sign that the worst is over.

The thing is, it's missing a big part of the picture. Let me reveal what it's not paying attention to...

And why it's so important.

Is the Recession Over? The Answer Might Surprise You

Did you see the news? Alphabet's (GOOGL) Google laid off 10,000 employees last week. Yet in the aftermath, its stock jumped 5%.

What's going on here? Why was this bad news met with a positive reaction in the market?

In Google's case, it was all about the math.

You see, between salary, health care, taxes, and bonuses, each of those workers probably cost Google about $100,000. And letting them go saved the company $1 billion. Put that figure toward its bottom line, and that's an increase of 16 cents per share, or an increase of, you guessed it, 5% of its earnings.

It was a classic case of bad news being taken as good news. But it's not just happening with this tech giant...

Rooting for a Recession

The broader stock market is looking at things in the same light.

For instance, rate cuts from the Fed will lower the cost of capital. And as a result, earnings, profitability, and overall economic activity will pick back up.

The thing is, rate cuts can't happen until we experience a recession – a significant economic pullback. And that's the bad news that the market is, oddly enough, looking forward to. 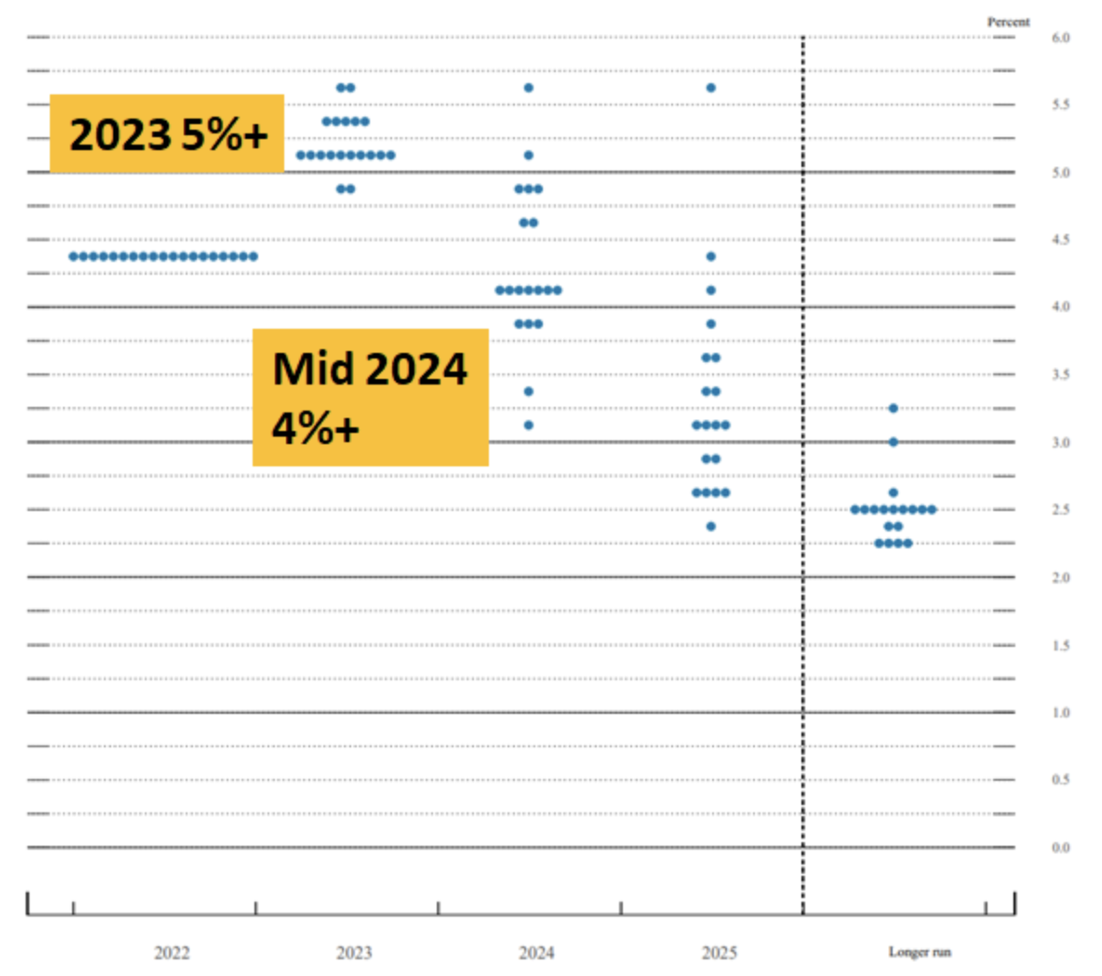 This is called the Federal Reserve's Dot Plot. Essentially, this chart records projections for upcoming interest rates. As you can see, 2023 is expected to be the peak, and rates are projected to fall into 2024 and beyond.

This signals to the market that the worst of the economic crisis is here (or at least close). Interest rates are at the top, meaning the market's fall has reached its bottom.

Having reached the bottom, the economy will have slowed to a point where rate hikes are no longer necessary. In fact, we'll soon see rate cuts, which the market likes.

The Market is Already Optimistic

You can see this optimism in the market already. Here's the S&P 500's performance over the last two years:

If you recall, 2022 was a year where the market's "highs" and "lows" were lower than in years past. That's a sign of a bear market.

But recently, the market shifted. The S&P 500 headed back up in November, back toward that 4,000 number. And even the latest dip wasn't as big as those that happened last year.

The market believes all the bad news is out. It sees a slowing economy and widespread layoffs, and feels strongly that this will lead to lower rate hikes and a market upswing.

Simply put, it views all this bad news as good news.

But hold on a second. This isn't the whole story.

You see, the market is focusing too much on rate hikes/cuts, and it's missing critical details which paint a clearer picture of what's to come.

Stick with me for Friday's video where I'll reveal the other factors we need to analyze before declaring the market has truly bottomed out.

In the meantime, check out one of my favorite ways to play the market right now. It's a company whose stock has been beaten down but is ready to stage a comeback. In fact, shares of this company could jump almost 40% by the end of this year.

It's only for my Moneyball "Pro" subscribers, so don't miss out!

We're in it to win it. Zatlin out.