Is This the Next President of the United States?

But you need to pay attention to what’s happening there.

You see, one man is playing fast and loose with his state’s energy strategy…

And his short-sighted vision could soon impact you in a bad way.

Is This the Next President of the United States? 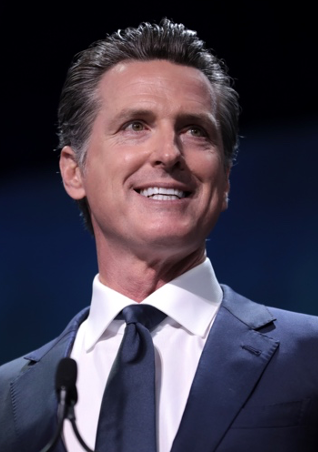 This is Gavin Newsom, the Governor of California.

He’s currently being groomed as the next Democratic Presidential candidate.

The thing is, he’s severely mismanaging his state’s energy policies. And if he makes it into the White House, his way of thinking could have disastrous effects for you and your family.

The Intersection of Politics and Economics

It’s no surprise that politics can have a big economic impact. Federal policies can make or break entire business sectors.

For example, former President Obama focused on solar and electric vehicles. He threw tens of billions of dollars in subsidies their way. Trump, meanwhile, eliminated those subsidies.

In a minute, we’ll look at the impact of a potential Newsom presidency.

A Realistic Path to the White House

I believe Newsom could be elected.

First of all, he has a fancy pedigree.

For example, his grandfather ran former California Governor Pat Brown’s election campaign. His father, meanwhile, was an advisor to Getty Oil. And by the way, his father is the brother-in-law of Speaker of the House Nancy Pelosi.

Secondly, sitting in the Governor’s seat, Newsom has a realistic path to the White House. Did you know that five of the last eleven Presidents have been governors?

Furthermore, California holds considerable power. That’s because it’s a major political force. A lot of donations come from the state. Plus, that’s where a lot of America’s political agenda is set.

So without further ado, let’s take a look at Newsom’s agenda…

First and foremost, Newsom is a big advocate for electric vehicles. He recently announced that, by 2035, all new vehicles sold in the state need to be gasoline-free.

But at the same time, he wants California to reduce its electricity production by ten percent, maybe in response to the state’s constant brownouts.

Hmm. That’s a head-scratcher. Newsom wants Californians to get behind EVs (which require huge amounts of electricity), but he also wants the state to reduce its energy consumption.

That just doesn’t add up!

But there’s also an even bigger issue…

After solar, the state’s biggest source of energy is the Diablo Canyon Power Plant, a nuclear power plant. It produces almost ten percent of the state’s energy.

This plant was scheduled to be shut down in 2024.

Which begs the question:

Why is Newsom pushing policies that will increase energy consumption, while also planning to shut down a major source of his state’s energy production?

Why it Matters to All Americans

Newsom had to be shown the error of his ways. Whoops! That’s why California extended the life of the Diablo Power Plant until 2035.

This type of “incomplete” thinking (yes, I’m being kind to use such a nice word) is concerning — not just for Californians, but potentially for every American if Newsom becomes President.

A Newsom administration would almost certainly favor a national shift toward EVs and alternative energy.

And to bring this agenda to fruition, he’d likely introduce subsidies, or even new legislation!

Doing it the “California” Way Could Hurt

My message to you today isn’t political.

I’m not here to tell you whether you should vote for Newsom or not as the next President.

But you need to understand something:

As Governor of California, he mismanaged his state’s energy strategy…

He did it the “California” way.

And if he becomes President, the California way could become the American way.

But like I said, this isn’t a political message. It’s an economic message.

This is creating investment opportunities, and you need to know what they are. To learn more, check out my Moneyball Pro “Trade of the Day” as soon as you can.

Zatlin out. Talk to you soon.