Make 10% in ONE WEEK with this Secret Weapon

Editor’s Note: We recently introduced you to Crowdability’s newest contributor, Andrew Zatlin. Andrew is known for being Bloomberg’s #1 Jobs Forecaster. We believe his “Moneyball” approach to data and investing can help you crush it. Today, he’ll show you how he’s used his secret weapon — hiring data — to predict stock moves. Enjoy! 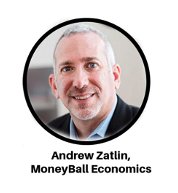 How do you pick investments?

In other words, how do you decide to buy a company’s stock, or to bet against it?

I use a “secret weapon” that’s led me to the top spot on Bloomberg. It tells me which companies are growing — before their earnings are announced.

Today, I’ll share some examples of how I use this strategy to target big, predictable gains…

Then it’s time for you to use it to make money for yourself.

As I explained last week, my secret weapon is hiring data.

And it’s based on a fundamental truth:

So first, I figured out how to identify accurate hiring numbers at 800+ companies.

Then I built a financial model that uses this hiring data to predict revenue growth.

For retailers and restaurants that hire staff right when they need them, my model can flash a “buy” signal just before an increase in its revenues.

And for tech and capital-intensive companies that hire months in advance, my model can flash a “buy” signal 30, 60, even 90 days ahead of time.

Let me show you a couple of examples...

My Hiring Data in Action

Coming into the latest quarter, Wall Street believed LEN’s sales growth was slowing. But my hiring data was pointing to an uptick instead. Here’s what the chart looked like: 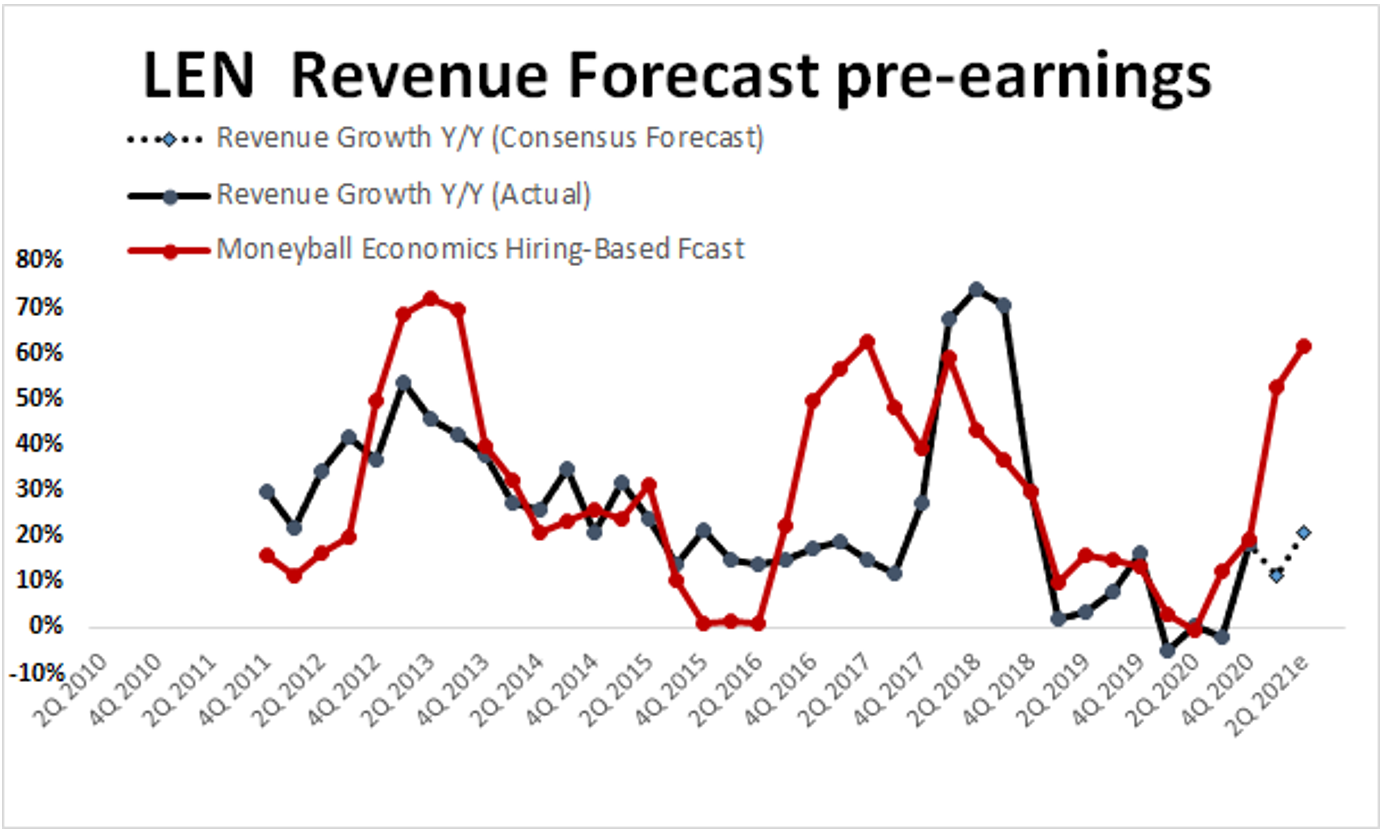 The red line is my Moneyball hiring indicator. The black line is LEN’s historical revenue growth. And the black dotted line at the right is Wall Street’s expectations about LEN’s future.

As you can see at the far right, the dotted line is heading down. That means Wall Street was expecting a pullback. But my hiring data (the red line) was predicting a massive jump.

So, who was right? To show you, here’s the same chart with the actual numbers included: 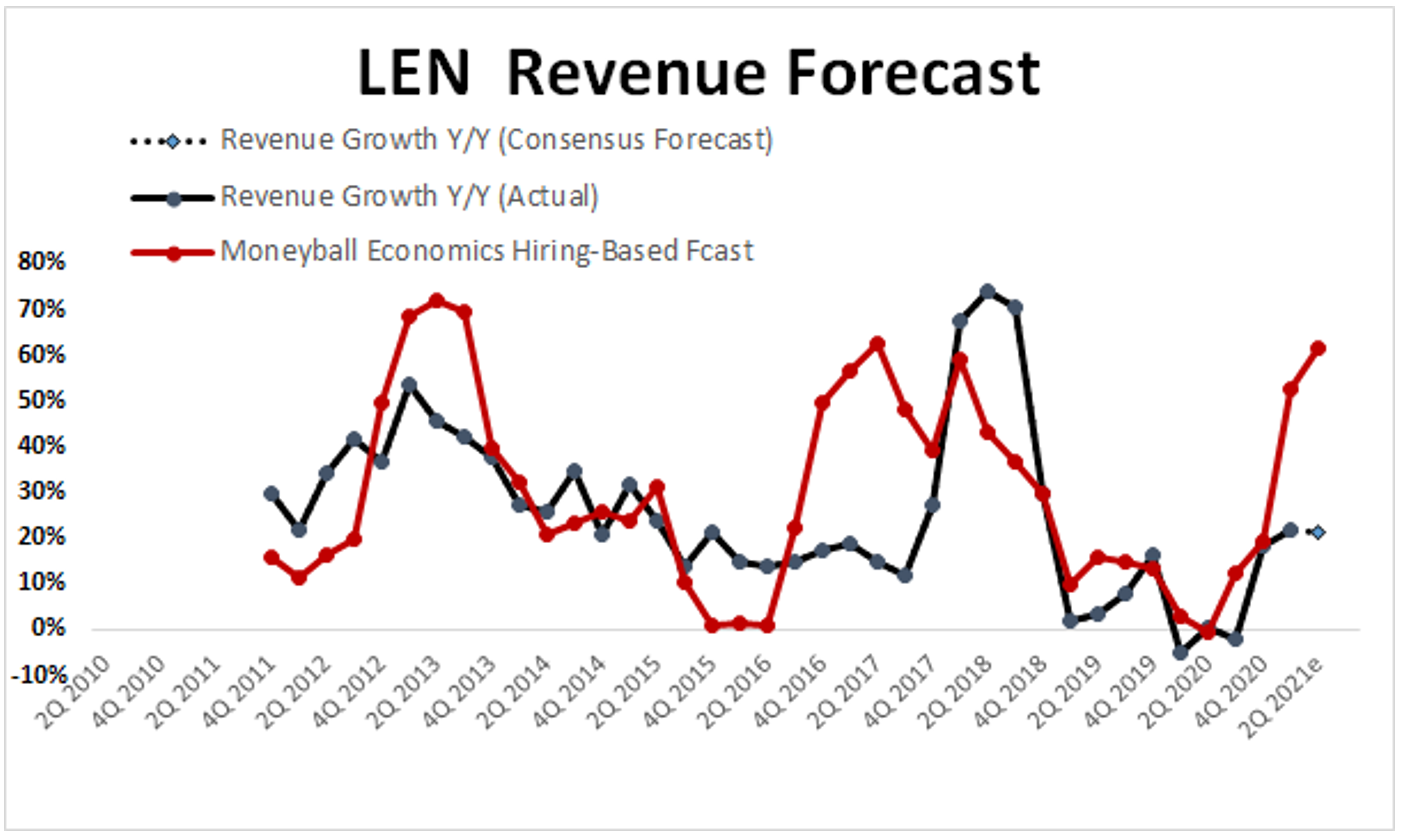 As you can see at the far right, LEN experienced significant sales growth.

The company released its earnings on Thursday, June 17th — and since Wall Street hadn’t been expecting good numbers, this “upside surprise” quickly moved the stock up nearly 10%. (And by the way, if you’d used options instead of stock to make this bet, you could have pocketed a fortune.)

As another example, let’s look at Box (NYSE: BOX).

For this example, let’s look at my hiring data in red, versus BOX’s stock price in blue. 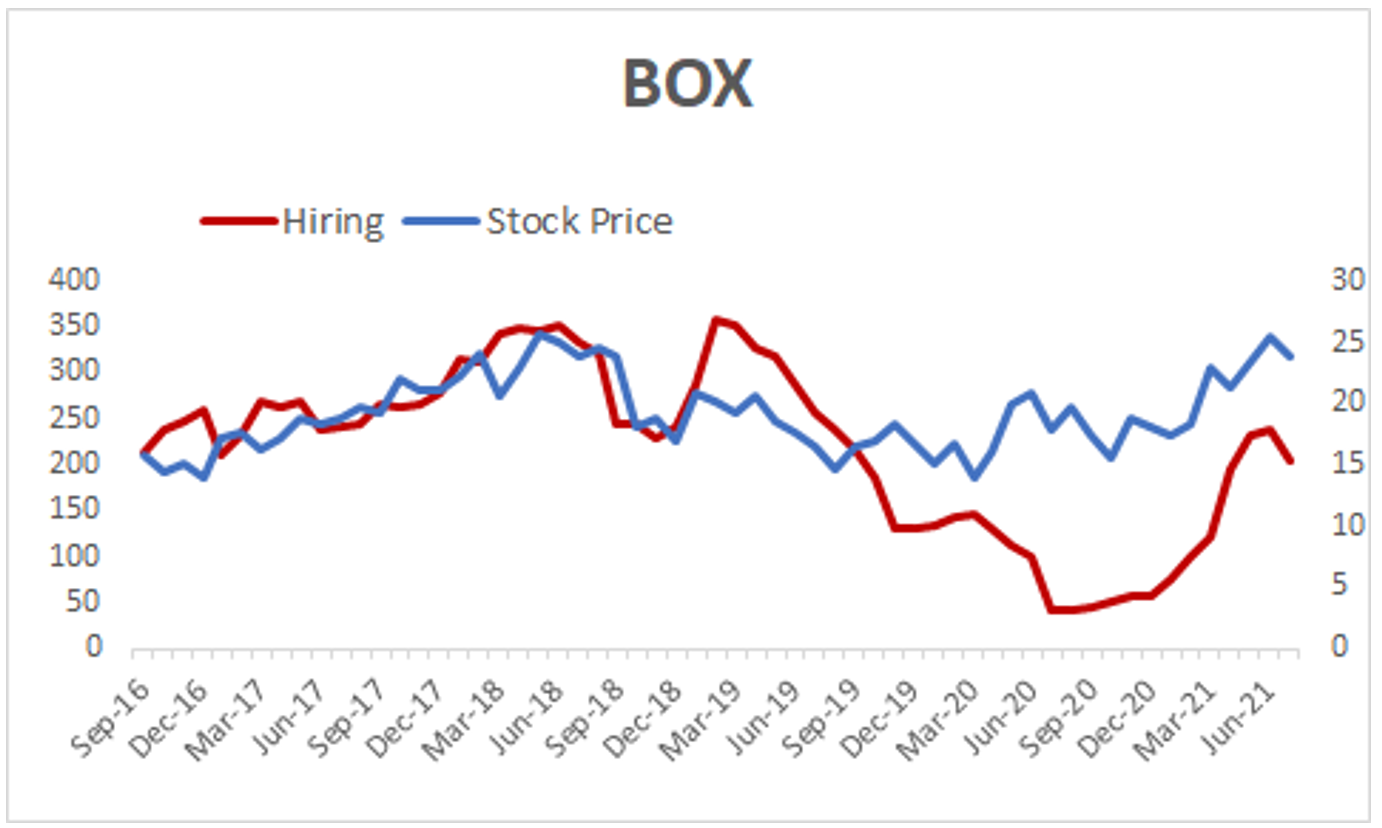 As you can see, in September 2020, my hiring data started inflecting up, up, up — and if you’d been following it, it would have acted as a “buy” signal.

And here’s the best part:

Since Box hires 90 days in advance of expected revenues, I knew this huge jump was coming months in advance — and had plenty of time to position myself for profits.

My Hiring Data Can Lead To Your Profits

Today, I showed you how I use my hiring data to target big, predictable stock moves.

So here’s what I’ll be doing going forward…

I’ll be showing you how to use this “secret weapon” so you can make money in the markets.