Santa came early, but now he’s taking his presents back

Every December, investors hope for a “Santa rally.”

That’s when the stock market moves up as the year winds down.

But this year, Santa and his rally came early…

And now I expect the market to struggle for the rest of the year.

Santa came early, but now he’s taking his presents back

I don’t see much strength in the market right now.

If it had hit 4,000, it would’ve triggered a wave of buying. But since it didn’t, the market stalled. And eventually it’s going to slide back.

This chart shows why I believe this to be true:

This is the year-to-date performance of the S&P 500. It shows we’ve had lower highs and lower lows.

I don’t see a bottom here. I expect we’ll see even more peaks and valleys, simply because the market is trading largely on technicals right now.

In other words, earnings season is over, and for the next six weeks, there’s nothing for the market to fight over. That means technical manipulation will kick in.

I’ve mentioned this before, but let me recap how it works:

This chart shows the market’s performance year-to-date again. Basically, the market likes to shove prices down ten percent at a time. Why?

A lot of traders have trailing stops — meaning, if the value of their position falls more than ten percent, their position will automatically get sold. But this creates a lot of buying opportunities. Companies force these fire sales, then buy back in during the rallies and make money.

Six times this year, the market’s crashed by about ten percent. And we’ve just had a rally that recovered about fifty percent of the last peak, meaning another ten-percent drop could be on its way.

Is that what will happen?

The Fed’s Waiting in the Wings

It depends on the Fed.

You see, another rate-hike is waiting in the wings. Some believe it could be good news, because the Fed might not raise rates as aggressively.

But folks, that’s like arguing there’s no gas in the tank, but at least we’re not going uphill anymore!

Fundamentally, the market lacks strength. There’s a lot of game-playing going on. And it’s being played on shaky ground.

I’m referring to the transportation sector.

Remember, almost three-quarters of everything in the U.S. moves by truck. So when consumer demand is high, there’s a lot of demand for truck workers. 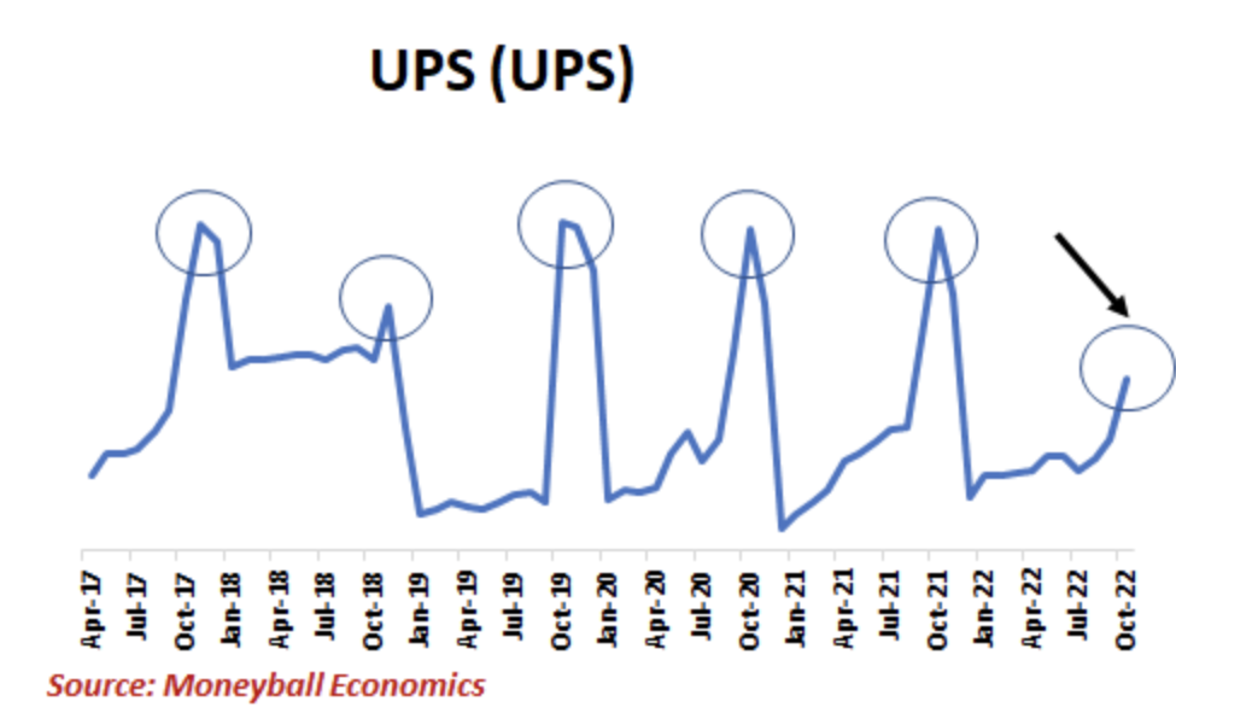 Every holiday season, UPS hires a lot of temporary workers. Those are the circled peaks you see above.

But look what’s happening this year. Hiring is mediocre compared to years past. In fact, it’s the worst October in more than five years. That means UPS isn’t expecting as much activity. 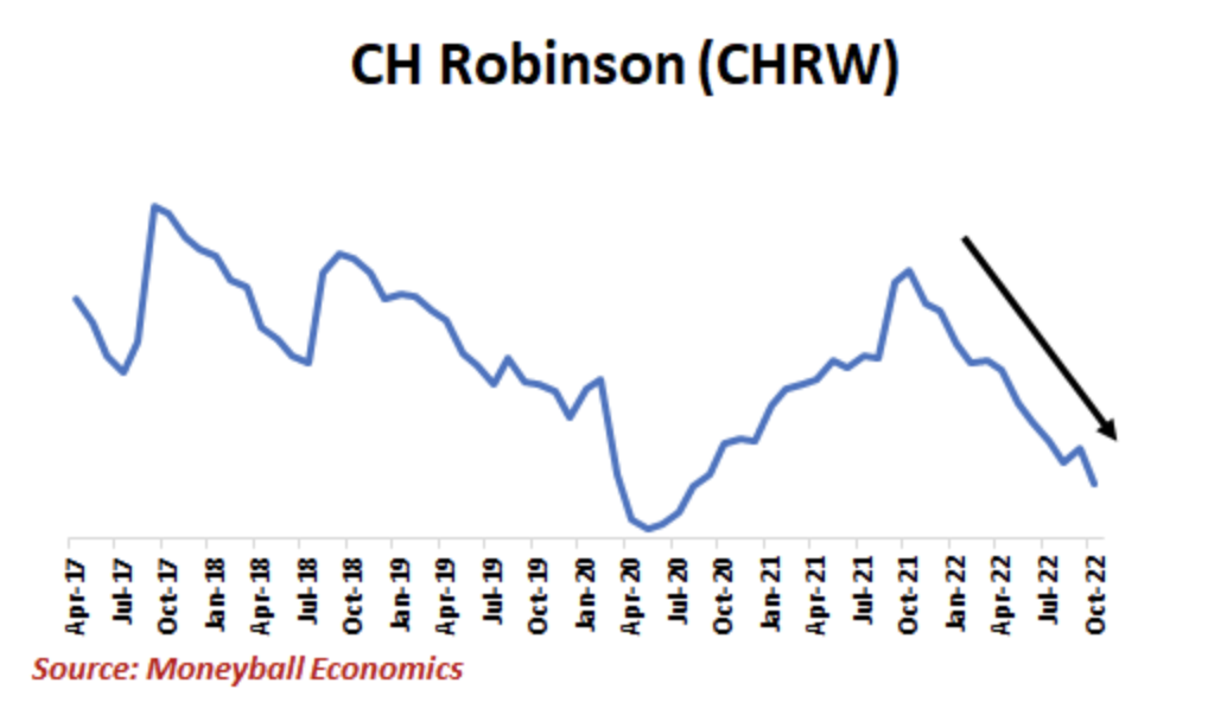 Hiring for this logistics company has gone Wile E. Coyote recently — straight down. It’s hitting the brakes on hiring right when it should be hiring more! 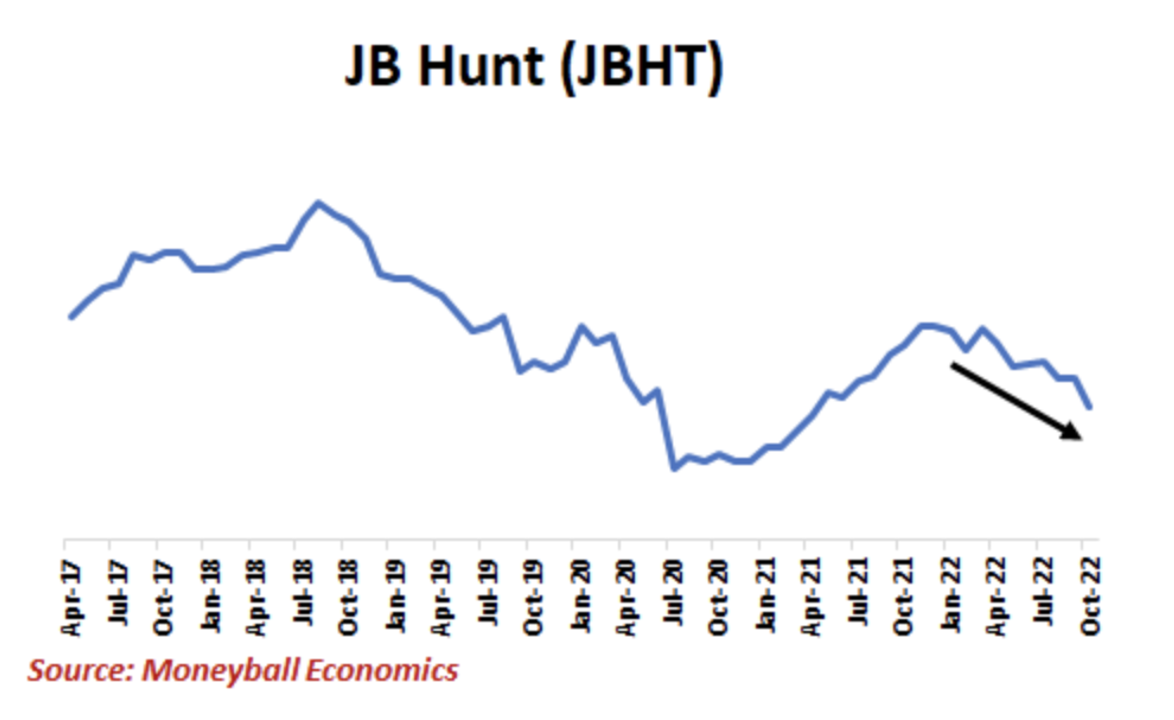 J B increased hiring steadily last year. But it’s slammed the brakes in 2022.

Bottom line: there’s not much strength driving the market up. The fundamentals are fading, and that’s not a good sign.

What can we do about it?

Sure, a mini-rally is possible, and investors might get exuberant for a week or so.

But if that happens, sell into that strength.

More importantly, we currently have an opportunity to get positioned before the market gets obliterated.

A level of 3,600 for the S&P 500 is possible, and I want to ensure that you make money from this market move, not lose money.

To get positioned, check out my “Pro” recommendation below.

As always, we’re in it to win it. Zatlin out.