Semiconductor Stocks Are about to Follow Cryptos Down, Down, Down

It may surprise you that cryptos and semis are so closely linked.

But now that cryptos are cratering, the demise of semiconductors is close behind.

Today, I’ll show you how to get ready for it… and how to profit from it.

Semiconductor Stocks Are about to Follow Cryptos Down, Down, Down

Bitcoin’s been a bust this year.

One that every investor — including you — probably has in their portfolio. Let me explain.

A Strong Correlation Between Cryptos & Semiconductors

You see, there’s a strong correlation between the market performance of cryptos and semiconductors.

Let me show you what I mean:

This chart shows the price of Bitcoin (in blue) overlaid with the iShares Semiconductor ETF (SOXX). Notice how closely the lines parallel one another.

And there’s an even stronger correlation when you compare Bitcoin to specific semiconductor companies like NVIDIA Corporation (Nasdaq: NVDA): 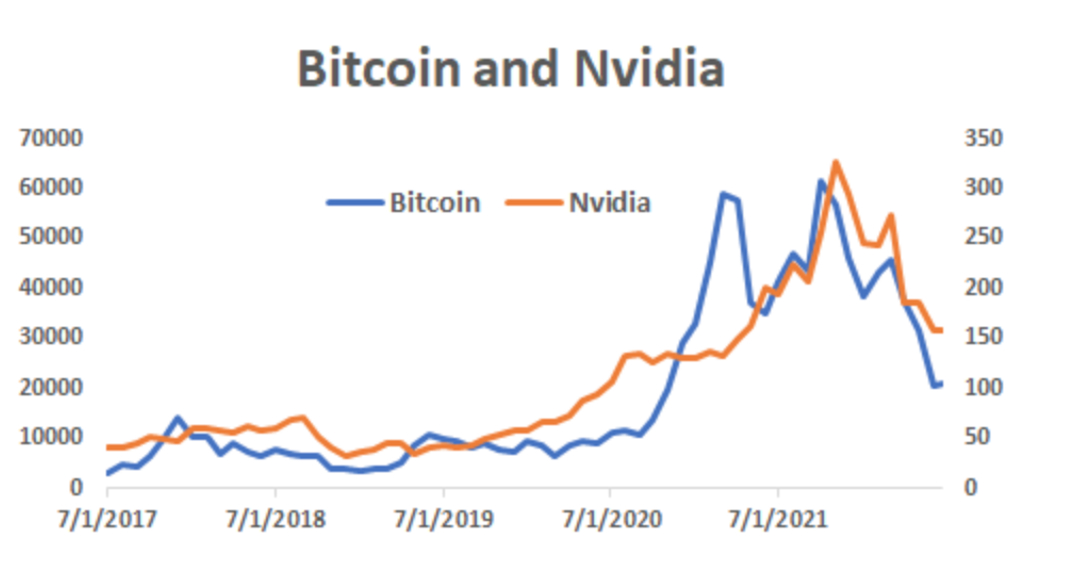 And as one chip company moves, the others move as well. For example, check out the chart of NVIDIA versus Advanced Micro Devices (Nasdaq: AMD): 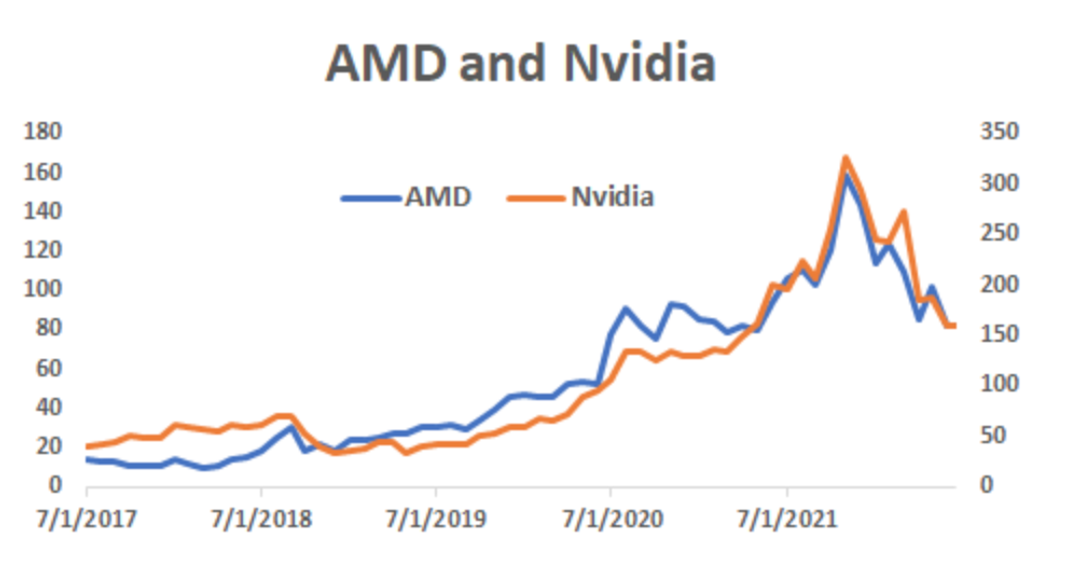 In other words, semi stocks all respond to the same market forces.

But what exactly is the connection between semi stocks and Bitcoin?

Crypto Mining is All About Processing Power

AMD makes semiconductor chips. These chips are the “engines” that process data.

The thing is, data processing is largely what powers crypto mining.

As you might know, mining is the process that Bitcoin and other cryptos use to generate new coins and verify new transactions on the blockchain.

NVIDIA’s chips are used for mining, too.

As a result, AMD and NVIDIA have become a critical part of the mining ecosystem. And as the prices of cryptos have soared, so have these companies’ sales and stock prices.

But now that’s about to change…

No Longer Worth It

Simply put, the collapse in crypto prices is about to sink the market for semiconductors.

Consider this: roughly 20% of NVIDIA’s sales are directly related to crypto mining. But if mining is no longer a profitable activity, those sales could disappear entirely.

This is a real possibility.

For example, to mine Bitcoin, you need computers, infrastructure, electricity, etc. The cost of mining a single bitcoin costs about $20,000.

So as long as the price of Bitcoin is around $20,000, which is where it’s been trading lately, mining it is not a worthwhile endeavor.

And if its price falls further, miners would lose money.

As Bitcoin Sinks, So Do the Chip Makers

The writing is on the wall here, folks.

As Bitcoin sinks, it’s no longer profitable to mine. So demand for the mining chips melts away.

The result? Semi companies like NVIDIA and AMD are about to lose a big chunk of their sales…

And that’ll send their stocks crashing.

But if you’re a “Pro” subscriber, I’ll share my idea on how to turn this pending doom…

Into a portfolio boon.