The price of oil is about to crash…

And the crash could happen as soon as this week.

To maximize your profit potential, you need to get positioned now.

So today, I’ll show you how. 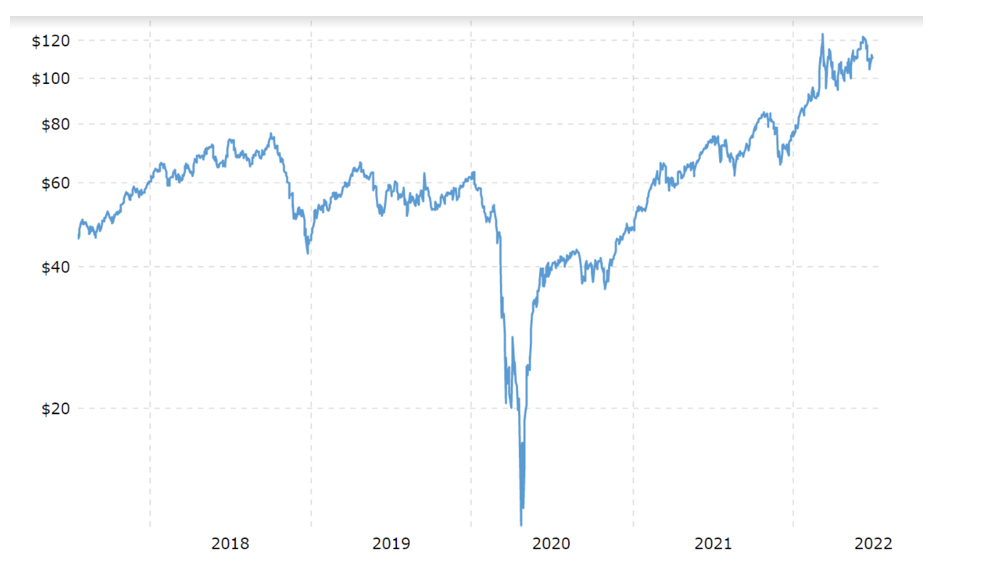 Soaring inflation and decreased supply due to the Russia-Ukraine war have sent oil well over $100 per barrel.

But hold onto your hats, folks. The price of oil is about to crash.

And that crash could happen as soon as this week.

Here’s how to take advantage of it.

Biden’s in a Bind

To set the stage here, Joe Biden’s in a tough situation.

Bloomberg called him the least popular President of this era. His ratings are worse than any President since Harry Truman. His approval rating is just thirty-three percent. And furthermore, he’s got an election coming up.

What can he do to turn things around?

The Options for Getting More Oil

To get oil prices under control, America needs more supply.

But there’s a problem. Most of the world’s top oil producers — Russia, Venezuela, Iran — aren’t on friendly terms with the U.S.

That means Biden will have to turn elsewhere: Saudi Arabia.

Saudi Arabia is the world’s third-largest oil producer. Several Presidents have visited this country while in office, including Trump and Obama. They went to build goodwill, and ideally, to come away with an oil deal.

Obama’s visit fell flat. But Trump’s trip in 2018 was a success…

How a Biden Visit to Saudi Arabia Might Play Out

Trump’s visit was televised in Saudi Arabia. U.S. flags were waved across the capital city of Riyadh. There was a summit with almost fifty leaders of Muslim countries. Saudi Arabia’s crown prince called Trump a true friend of Islam.

As a result of all this, it looked like a deal on oil was forthcoming — which is why prices dropped from eighty dollars a barrel to sixty dollars.

Trump didn’t have to give up anything to get what he wanted. He simply told the Saudis, “If you don’t work with me on oil, I can’t stop the anti-Saudi and anti-oil moves in Congress.”

When Biden lands in Saudi Arabia this Friday, he won’t have that kind of leverage. But on the other hand, he’s prepared to give up a lot to make a deal happen.

That’s why, in the end, I believe he’ll get a deal done.

And that’s why oil prices could crater at the end of this week, or early next week.

What’s that mean for companies and investors?

The Winners and Losers

A drop in oil prices is a win for those dependent on fuel.

Aviation companies, for example, spend a fortune on oil. It makes up almost twenty percent of their costs. If oil drops by ten dollars, for instance, that means an almost ten percent drop in fuel costs — and a two percent jump in their margins.

It’s even better news for the trucking industry, where fuel expenses make up almost twenty-five percent of some companies’ costs.

As for the losers, look at oil companies like Exxon Mobil (NYSE: XOM). A drop in oil prices means they can’t charge as much.

And by this time next week, I expect the price of oil to look very different than it does today.

If you’re looking to profit from this move, you need to get positioned now. If you’re a “Pro” subscriber, check out my #1 pick.