Back in February, I told you to invest in defense stocks…

And if you had, you’d be sitting on significant gains (at a time when the overall market is down).

But don’t worry if you missed out. Today, I’m revealing another chance to profit from this exploding sector.

When Russia invaded Ukraine earlier this year, there was one crucial step I told you to take…

Invest in defense stocks. And aren’t you glad that I did?

Since that call, the S&P 500 has fallen ten percent. Meanwhile, defense industry stocks are largely “in the green.” Let me show you…

Defense Stocks Are on the Rise

Perhaps my favorite pick was defense contractor Northrop Grumman (NYSE: NOC), whose stock has spent much of 2022 heading up:

In the final week of February, shares traded for $386. Today, they’re trading for $482 — a gain of almost twenty-five percent.

Elsewhere, companies like General Dynamics (NYSE: GD) and Huntington Ingalls (NYSE: HII) are in the green, too, although they haven’t achieved quite the rise of Northrop Grumman. (Stick with me, though, because herein lies a terrific opportunity for us as investors.)

Why is this sector soaring while the overall market is sinking?

War, What is it Good For? Stocks, Apparently!

At first blush, the answer seems obvious: this sector has boomed during the Russia-Ukraine conflict. But there’s more to it than that.

You see, war is always good for defense — when there’s a war, stockpiles are depleted and production ramps up — but this war has been particularly good for this sector.

First, European countries have noticed they don’t have much in the way of military muscle. That’s why countries like Germany are spending fifty billion dollars a year on military improvements.

And second, consider where this money will likely end up. Will it be spent on Russian-made weapons and equipment? No way! We’re seeing how poorly this stuff is performing in the field.

The bulk of this spending is going to go to U.S. military and defense companies.

You see, America’s about to sign a peace deal with Iran. And a massive arms race in the Middle East is about to kick off.

As part of the deal, Iran will receive up to $150 billion. It’ll also start pumping, and selling, tens of billions of dollars in oil every year.

How’s that money going to be spent? You guessed it: military/defense!

Furthermore, Iran now has nuclear capabilities. And if you’re a surrounding country — Syria, Iraq, Lebanon — you’re going to need weapons of your own to match Iran’s rising power.

This arms race is expected to intensify quickly…

Meaning we need to get positioned fast. Here’s where I’m focused…

Based on my hiring data (shown below), I’m encouraged by activity at Lockheed Martin (NYSE: LMT) and Northrop Grumman: 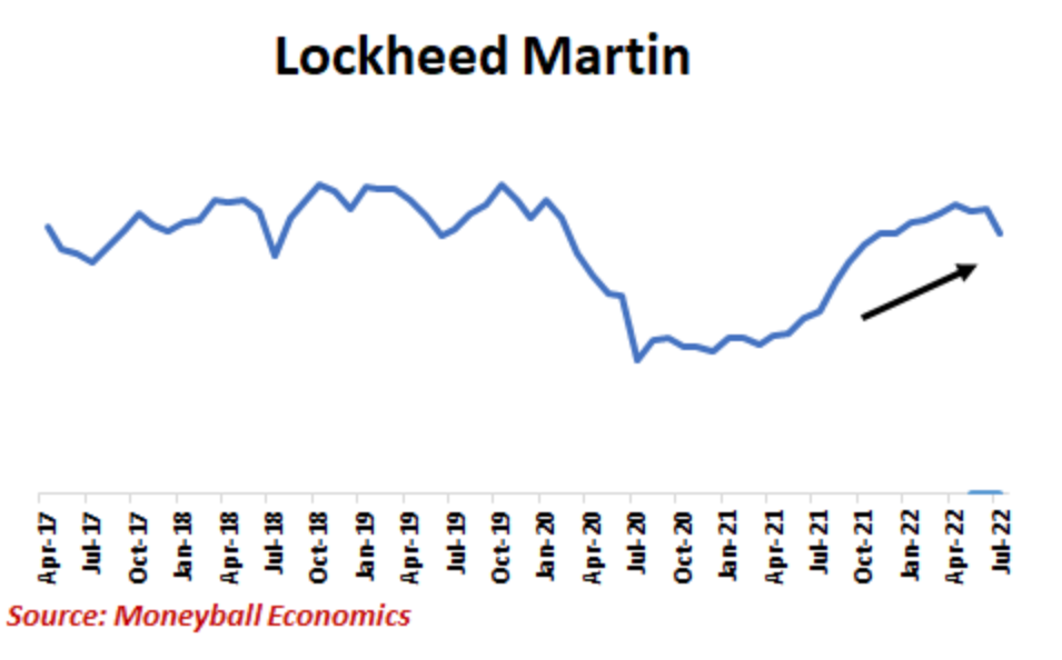 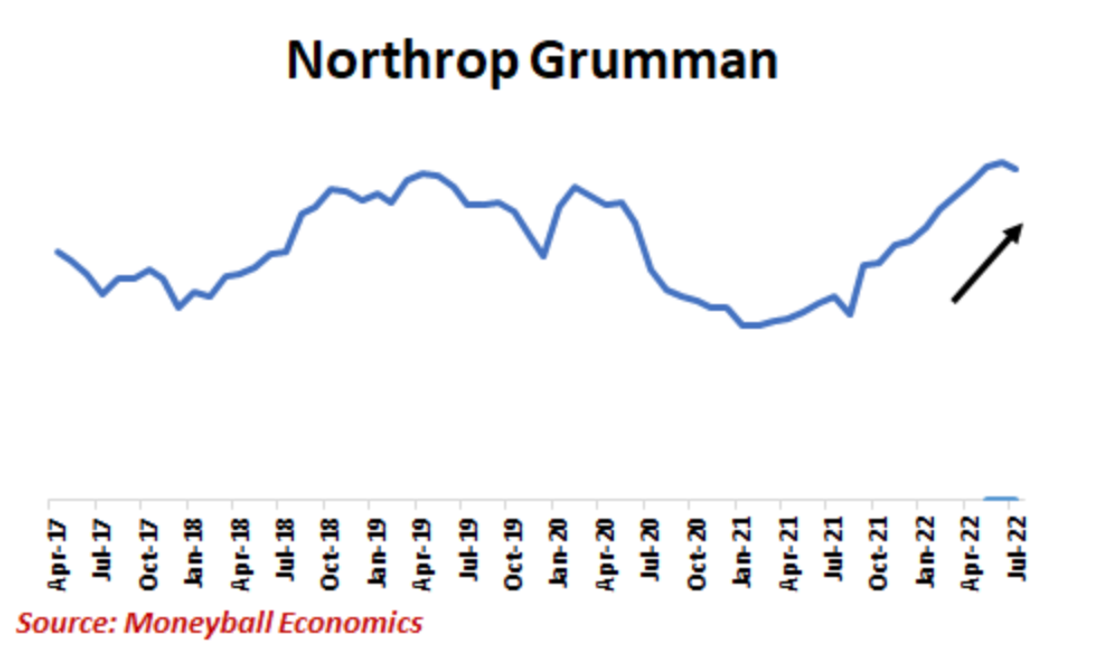 There’s a disconnect there, and a clear opportunity to get in now and reap the rewards as shares undoubtedly climb.

Bottom line: we already profited from the defense sector once this year. Now we have a chance to do it again.

If you’re a “Pro” subscriber, I’ve got a fantastic idea for you. In the meantime, Zatlin out. Talk to you soon.