The One Stock with More Upside Potential than Amazon

How long’s it been this time around? Four months!

I believe a relief rally is on its way…

The One Stock with More Upside Potential than Amazon

Over the past month, your holdings have plummeted in value.

Maybe your fund owns a big stake in bitcoin, which is down 50% in a month: 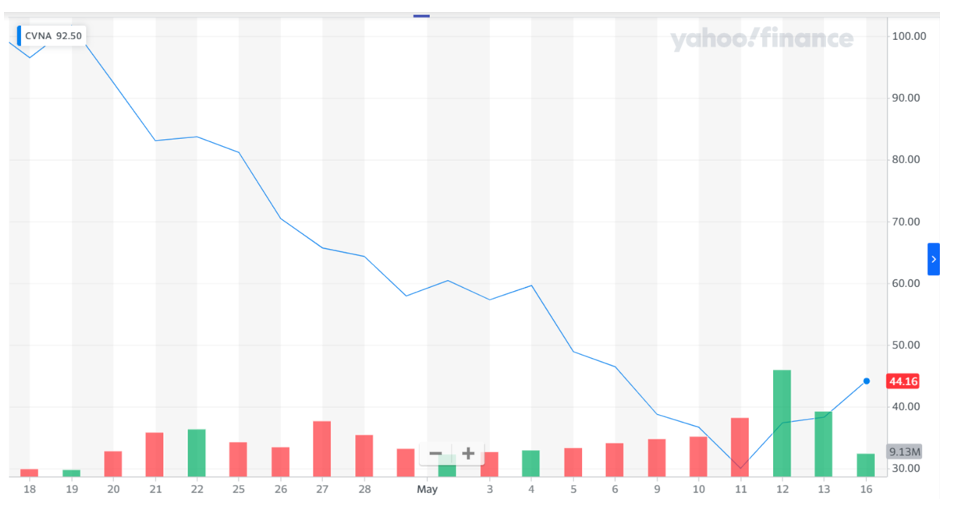 Or in streaming platform Netflix (Nasdaq: NFLX), also down 55%:

But if you’re down 50%, you’re getting margin calls.

That means you’ve got to stop buying and start selling…

And that hurts the market!

And meanwhile, hedge funds aren’t the only ones who are reeling…

A year ago, individual investors accounted for 21% of all stock trading.

In other words, individuals are scared, so they aren’t propping up the market, either.

But could things be about to change?

According to a key signal, they sure could…

Here’s Why the Selling Pressure Can Calm Down

When people invest in hedge funds, there are certain times — certain “windows” — when they’re able to cash out their money.

These are called redemption windows. Hedge funds have to prepare for these windows by having plenty of cash ready. In other words, they have to sell a bunch of their positions or slow down their investing so they can have cash available for customer withdrawals.

Well, recently, the redemption window has been wide open — and investors have been withdrawing like crazy.

But guess what? Last Friday, the window closed.

That means hedge funds can stop selling their positions just because they need to raise cash. Now they can take a breather, see what looks good, and potentially buy back in.

A Strong Indication that Stocks Are “Cheap”

Right now, the forward Price-to-Earnings ratio — the price you pay today for next year’s earnings — is below the five-year average.

That’s a strong indication that stocks are “cheap.”

But don’t rush to buy, buy, buy quite yet.

With another rate hike expected in June, we still have some headwinds to get through.

But once mid-June rolls around, I expect a lot of investors to come back in…

And that should lead to the relief rally we’ve all been waiting for.

So now’s the time to get your wish list together.

For example, here’s one from my list: Amazon (Nasdaq: AMZN).

Amazon is currently trading right around its pre-Covid levels… despite the fact that it’s doing almost twice the business. That’s crazy.