They Say This Bond Investment is Foolish — I Say Otherwise

Think one company can’t cause a recession? Think again.

This company’s struggles could cause a ripple effect throughout the entire U.S. economy.

Today, I’ll explain how that can happen…

And reveal a surprising investment that could potentially save your portfolio.

They Say This Bond Investment is Foolish — I Say Otherwise

The thing is, it doesn’t matter if you own Whirlpool appliances or its stock…

You still need to pay attention to what’s happening to this company.

Why? Because it could trigger a massive recession.

When Whirlpool’s in Trouble, So is the Economy

Whirlpool’s production pullback will lead to layoffs. In fact, its hiring levels have already slid back to Q2 2020 levels.

Clearly, this company expects darker days ahead. But here’s the thing…

Housing represents twenty percent of America’s overall economy. And appliances from Whirlpool (and its competitors) are a major presence in new homes.

So if Whirlpool’s in trouble, so is the entire housing industry — and so is the U.S. economy. 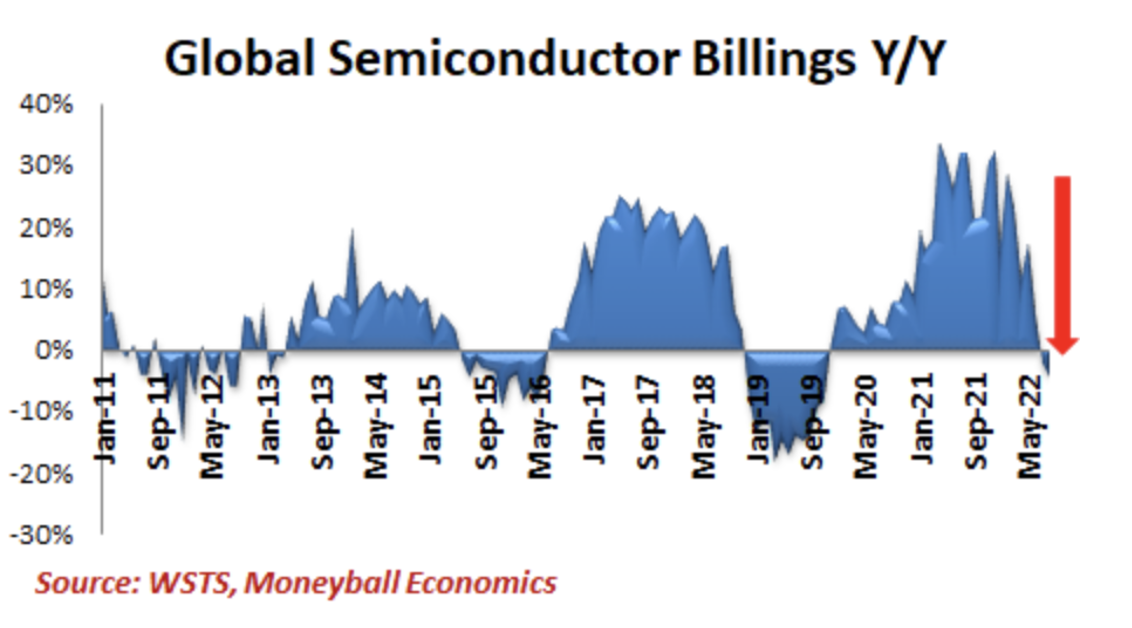 As a result, what’s happening in the semiconductor sector right now can tell us what’s about to happen to the broader economy. And the forecast ain’t pretty…

A significant drop in manufacturing is on its way.

And once the holidays are over, companies will start doing layoffs. And that’s not all…

When companies like Whirlpool reduce their production of appliances, all the companies that make parts for those appliances need to slow production, too.

So those companies will have to lay people off, too.

Time to Get Prepared

Bottom line: this is how recessions start.

You need to get prepared.

My advice? Now’s the time to invest in bonds.

This may sound strange. After all, the Fed’s been raising rates like crazy, so bond prices have gotten hammered.

(As you might know, there’s an inverse relationship between interest rates and bond prices — so as rates go UP, prices go DOWN.)

But here’s the thing…

If companies like Whirlpool continue to make moves suggesting a recession is imminent, the Fed will stop raising rates and even reduce them — and in turn, bond prices will start to soar!

The time to get positioned is now, before that happens.

If you’re a “Pro” subscriber, I’ll share a powerful pick to take advantage of what’s happening here. (And I’ll update you on a prior pick that may have helped you double your money!)