This Idea Could Be Your Next Triple-Bagger

For the last few weeks, my readers have been using my recommendations to hit homeruns. I’m talking about triple-baggers.

How have my forecasts been so accurate?

But now I’ve got a new forecast, and new trade ideas. To see what they are, watch this video.

This Idea Could Be Your Next Triple-Bagger

For much of this year, the market’s been moving based on mechanical reasons — like “triple-witching” options expiration and artificial events like that.

But now there’s about to be a sea change.

We’re going back to fundamentals.

That means investors can finally focus on the underlying economics of the market.

The thing is, investors don’t like what they’re seeing…

First of all, look at the Consumer Confidence Index.

Any score above 100 means consumers feel optimistic about the U.S. economy. Anything below means the opposite.

Then there’s the data on jobless claims. The most recent figure was 231,000.

That’s not the kind of number we’d see if the economy was firing on all cylinders.

Then, next week, we’ll see the new payroll data. And keep in mind, that’s my area of expertise. I’ve been Bloomberg’s #1 Forecaster for Payroll Data. 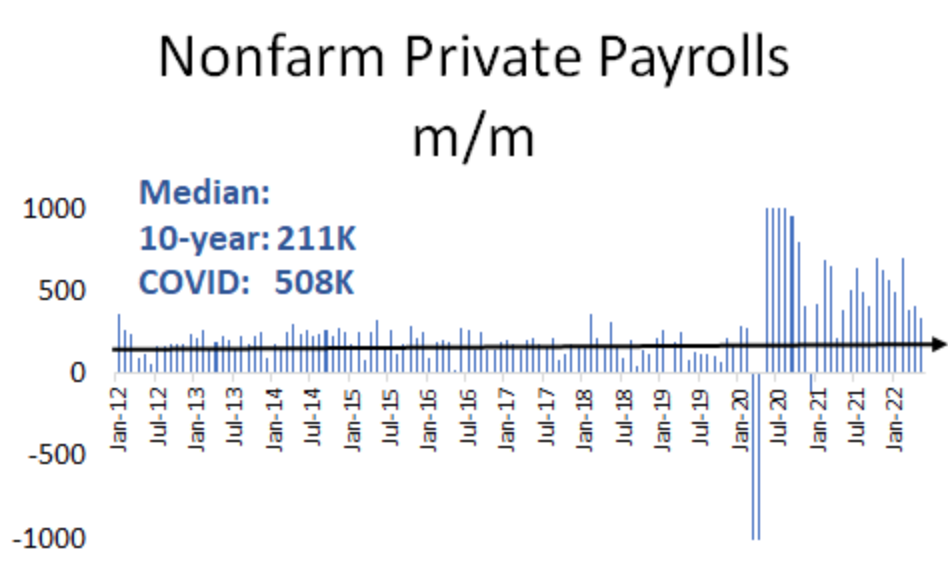 This is ten years of private payrolls, month-over-month.

But as you can see, payrolls have been increasing at a slower rate lately: 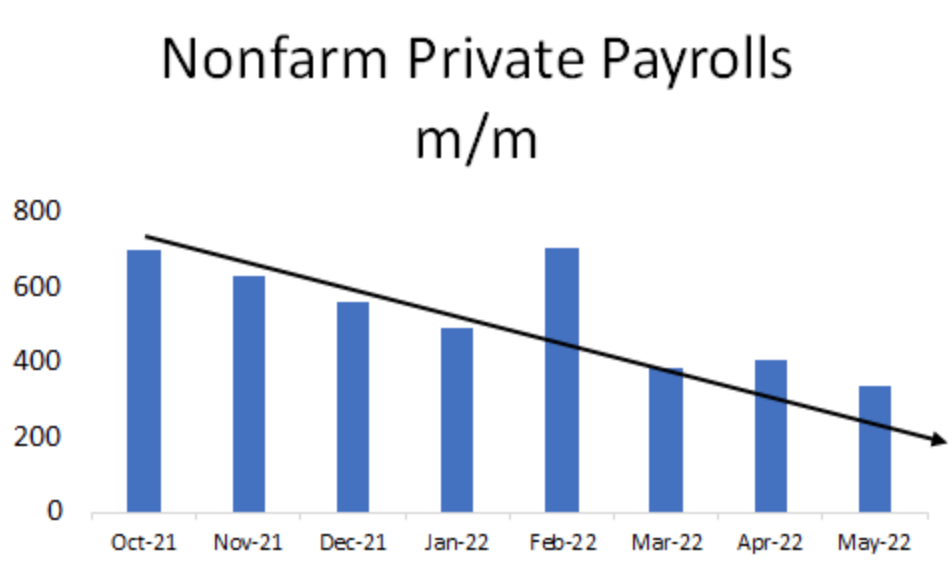 I’m forecasting a number of around 200,000. That means we’ll be going from half a million people being hired each month, to a couple hundred thousand.

Bottom line: all this is evidence of a weakening economy…

And signs that the downward journey in the market will likely continue.

If you subscribe to Moneyball Crash Alert, you’ve been receiving trade ideas that can make you money in bear markets like this.

In fact, you’re probably hitting it out of the park. Our picks have delivered home run after home run, including some triple-baggers.

But if you’re not a subscriber, you’ve got a couple of options:

First, you can go out on your own and buy some puts on the market.

And second, you can learn more about Moneyball Crash Alert and see if it makes sense for you to join. Just click this link here to learn more.

Zatlin out. Have a great holiday weekend.