This is How to Make $5k in Profits

You might not be looking for a new car…

But you should definitely be looking for car-related investments.

Today, I’ll explain why the auto industry is poised for profits…

And show you exactly where those profits are hiding.

This is How to Make $5k in Profits

During Covid, the car industry got slammed.

Manufacturers couldn’t get the parts they needed because of supply-chain problems. That’s why production crashed from seventeen million cars a year to just thirteen million.

Now, once again, change is coming for this industry...

But this time, we can aim to profit handsomely.

The Current Landscape for Cars

Prior to Covid, cars would sit on a dealer’s lot for about two months before selling.

The fact is, cars are in high demand… and car dealers are the ones with all the power.

For a while, buyers didn’t mind. After all, buyers could get a lot more for their trade-in. If they got an extra $5,000 for their old car, they didn’t mind paying $3,000 more for the new one.

But all that is about to change…

Business is About to Flip

As supply shortages evaporate, vehicle production will head back to that seventeen million mark. And the business of selling cars will shift.

Dealers were making fewer overall sales, but earning higher profits for each one. That’ll flip: now they’ll sell more cars, but will take home less profit for each one.

With all this in mind, some investors seem eager to pick up the stocks of car manufacturers like Ford or General Motors.

But I’ve got a far better idea…

Look to the Suppliers

Simply put, you should invest in the auto-parts suppliers that will reap the rewards of this industry shift.

Increased car production will mean an increase in demand for car components — everything from tires to transmissions to airbags.

Demand for these parts will rise… and the price of component materials will fall as shortages ease. In fact, it’s already happening…

But over the past year or so, the price of rubber has cratered almost forty percent. So now Goodyear is sitting pretty:

Not only will it enjoy higher demand for its tires as auto production ramps up, but the costs to make its tires will be lower. That’s a surefire recipe for success.

Bottom line: component makers are gearing up for major growth and profits.

And now that’s being reflected in their hiring…

Hiring: Up and to the Right 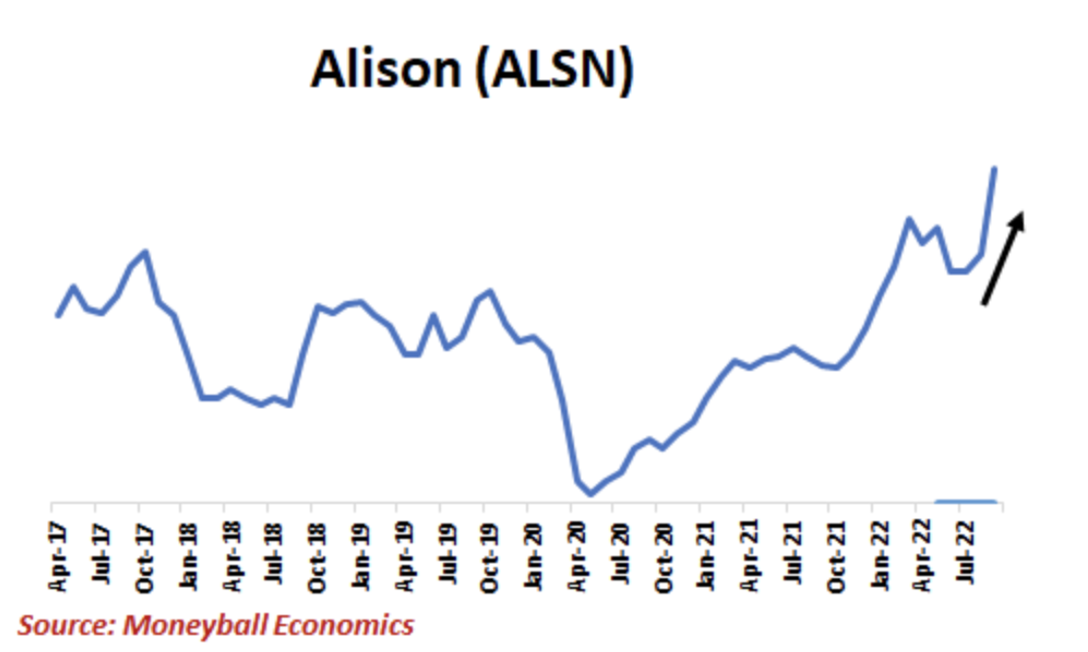 As you can see, it’s skyrocketed recently.

Then there’s hiring for parts supplier BorgWarner (NYSE: BWA), which is up, up, up: 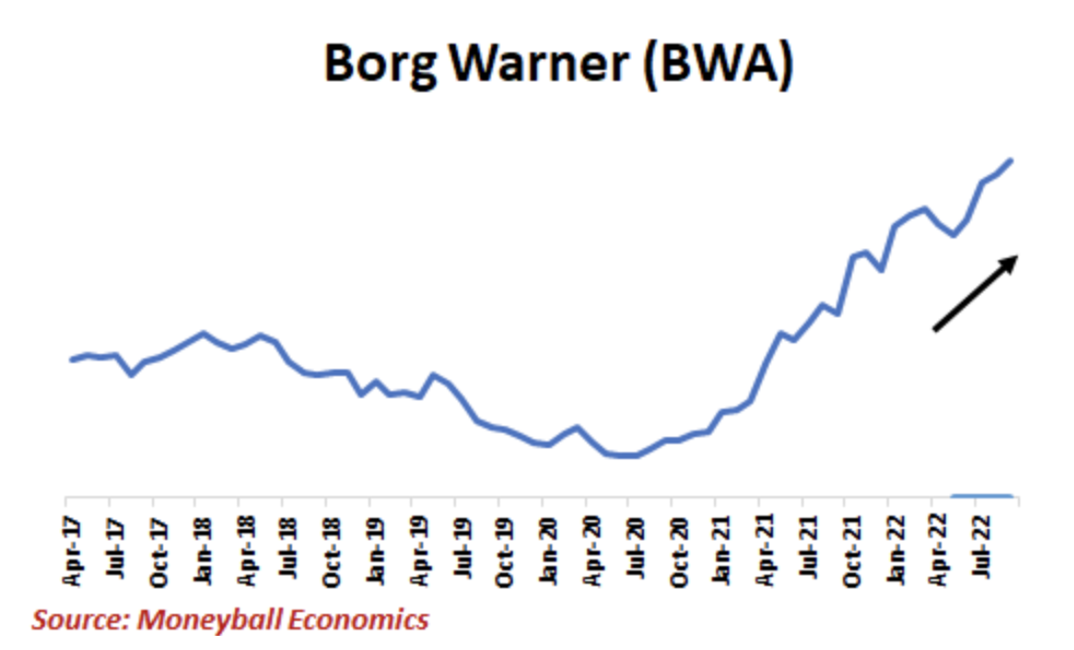 And based on my data, auto component makers are ready to soar.

In my opinion, one such company has the most potential.

To see all the details, check out Moneyball Pro below.