But as it turns out, this is creating some surprising investment opportunities…

The market’s been getting smacked lately.

If you recall, I recently forecasted a Santa Claus rally, and advised you to sell into it before the market fell. I hope you did!

Let me show you how to prepare for it…

The Market’s Next Low Point

That’s where I’m convinced the S&P 500 will settle before long.

My theory has to do with the S&P’s performance over the last two years:

If you notice, we spent most of 2021 heading up, but much of this year falling back down. The thing is, last year’s climb was fairly steady. Meanwhile, this year’s drop has been forceful — like a sharp knife cutting the market down each time.

This year, the highs and lows have been lower than a year ago. And this is a basic sign that the market is heading down, down, down.

The chart above isn’t the only reason I’m so convinced. Take a look at this:

This shows trading volume for the S&P 500. Volume is down!

Let me show you. 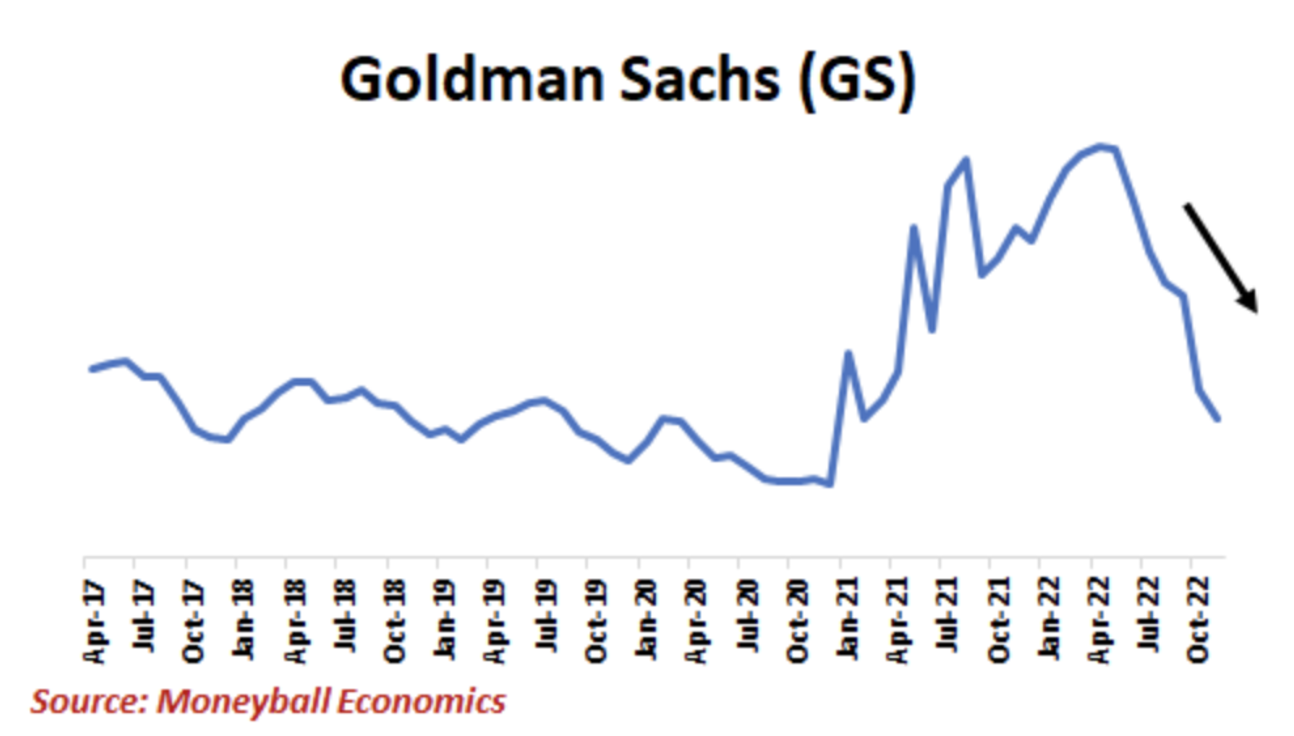 Notice how its hiring has collapsed.

And here’s hiring for Morgan Stanley: 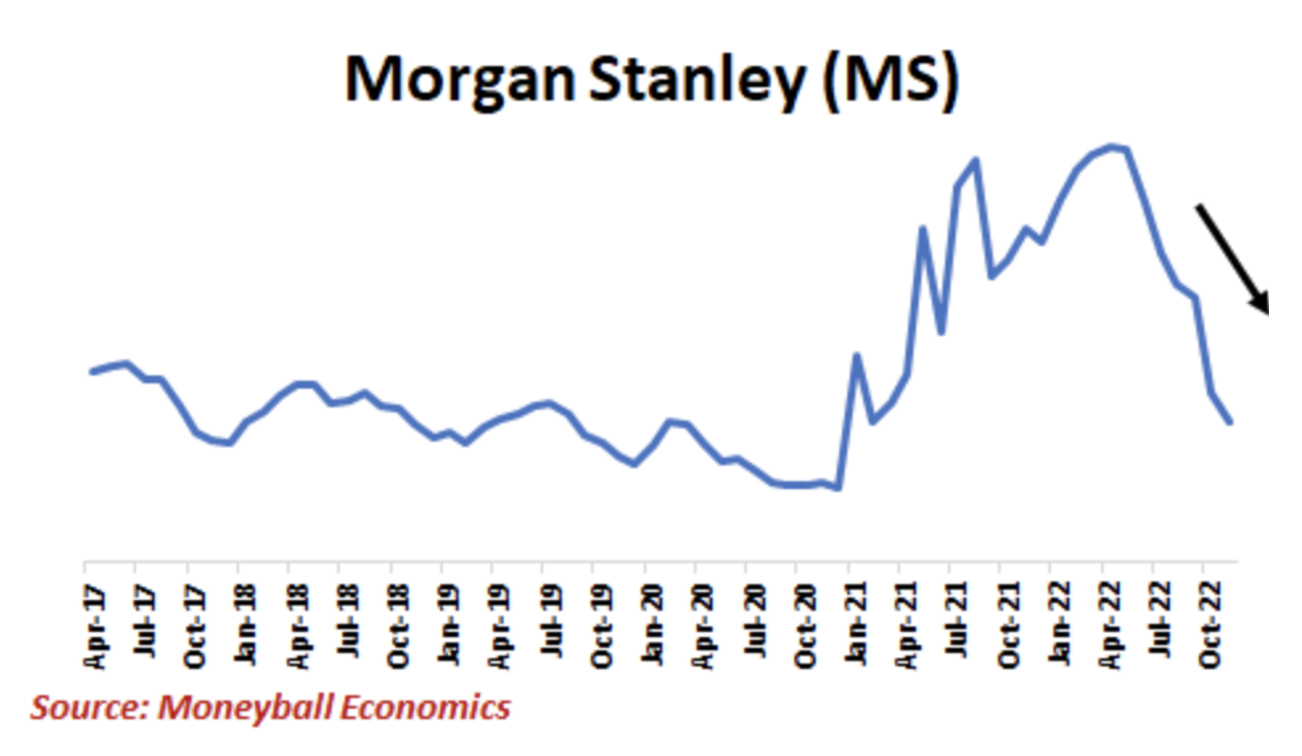 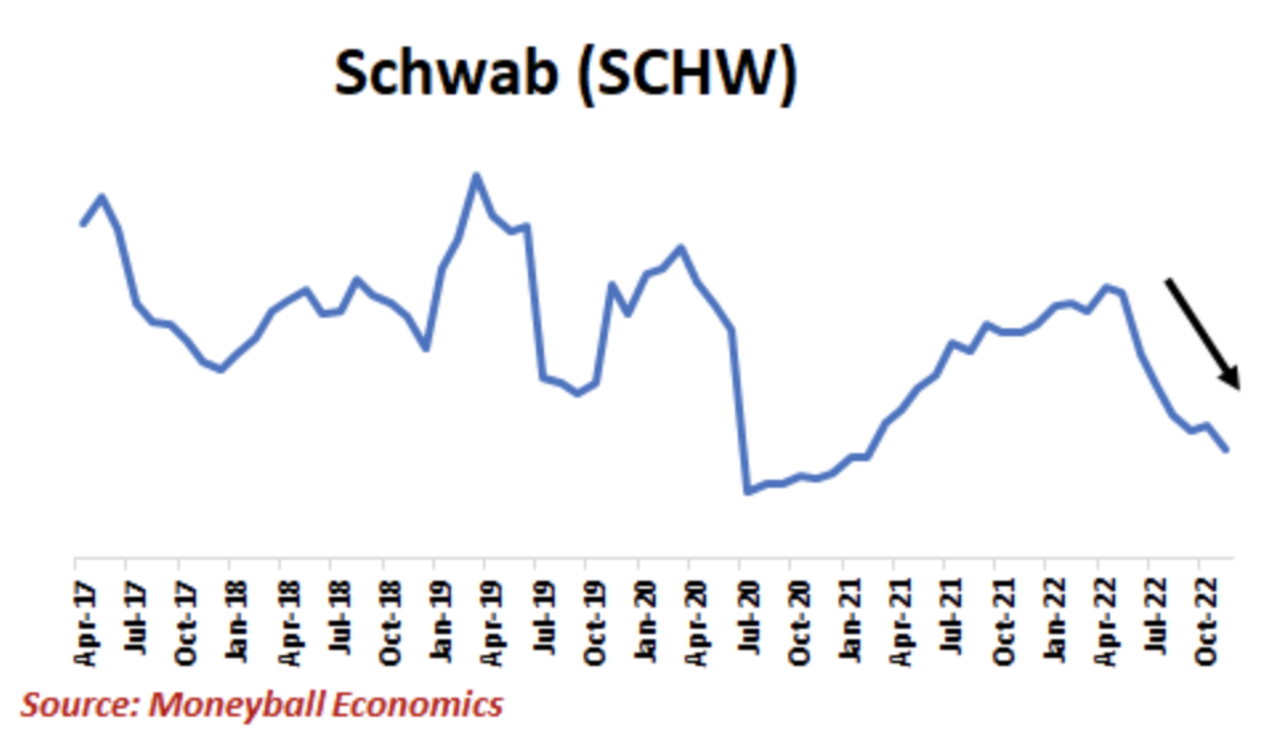 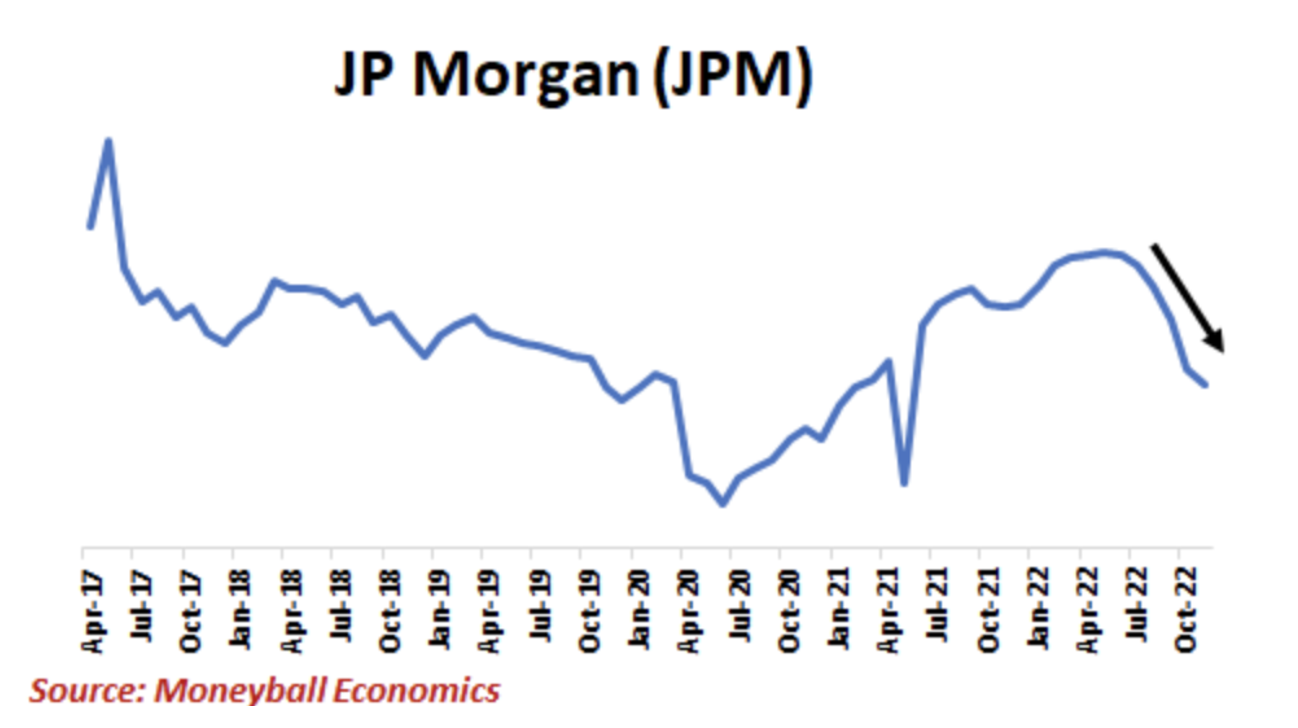 So if you’re an MBA, it’s going to be tough getting a job on Wall Street.

But what does this mean for investors like you?

How to Trade This News

You could bet against a company like Goldman Sachs or Charles Schwab. (If you’re a Moneyball “Pro” subscriber, I’ll share more thoughts on this option below.) But here’s another idea…

Granted, these projections may change because these companies often work on annual contracts that might not renew until we get into the new year. But the pressure is on for these firms. And I wouldn’t be surprised to see them fall.

Earlier, I mentioned that bonuses on Wall Street are evaporating. That means less discretionary spending for the bankers and brokers, many of whom enjoy living in the lap of luxury.

Where do they like to spend their money? One place certainly comes to mind: Restoration Hardware (NYSE: RH).

RH sells $5,000 dining tables and $2,000 chandeliers. Products like these might not be in such high demand this year. And in fact, we’re already seeing RH’s hiring take a dive: 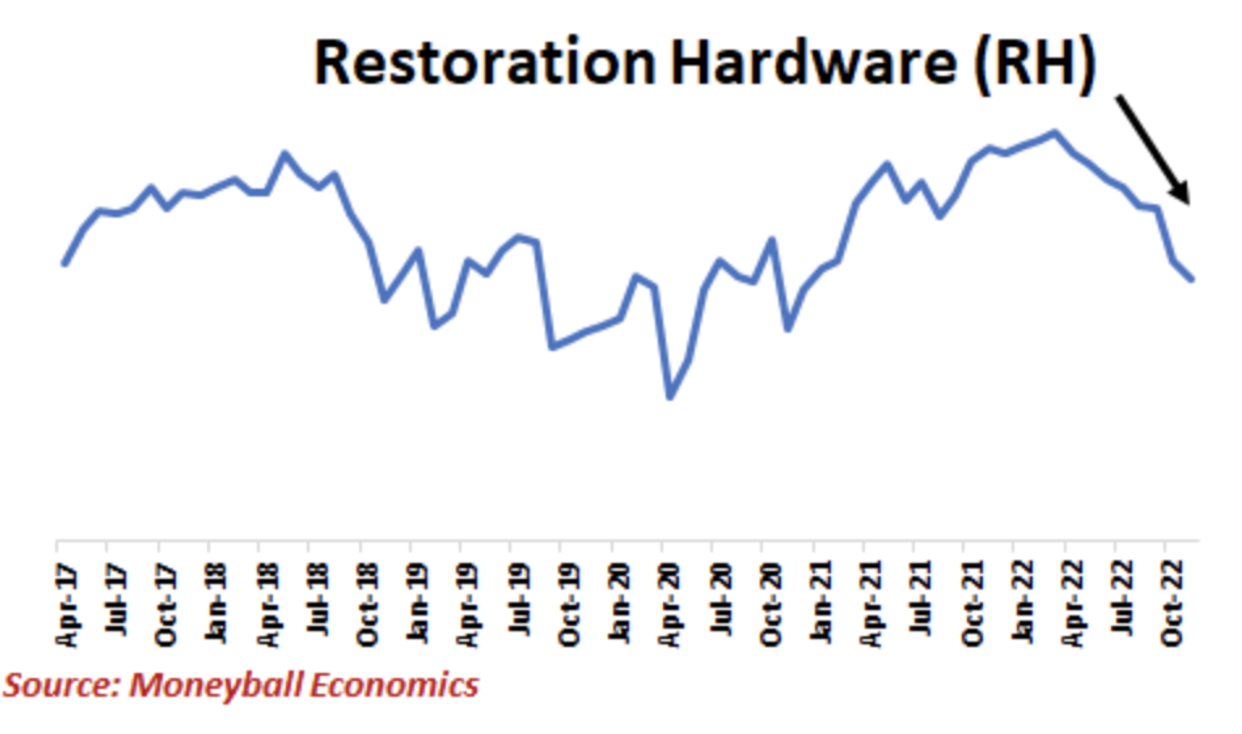 Their Loss Could Be Your Gain

Bottom line: at the moment, things don’t look good for Wall Street or its workers.

But for investors who are paying attention, this creates significant trading opportunities.

We’re in it to win it. Zatlin out.