What the Media ISN’T Telling You About the Market

Despite discouraging economic news, the market is climbing. And the media is encouraging investors like you to celebrate.

So let me explain what’s really going on here.

What the Media ISN’T Telling You About the Market

But after news hit that we’ve officially entered a recession and the Fed expects to hike rates further, the market jumped!

The mainstream media is telling you it’s party time. They’re telling you that a recession means interest rates will finally stop going up… or that the market is oversold and will keep rallying.

Folks, the media is wrong.

Let me tell you what’s really going on…

Should the Market Really Be Trading Higher?

There’s a popular belief that the market is oversold right now.

But buying into that belief can get you into a whole lot of trouble.

To see what I mean, look at the chart below…

It tracks the P/E Ratio of the S&P 500 over the last decade: 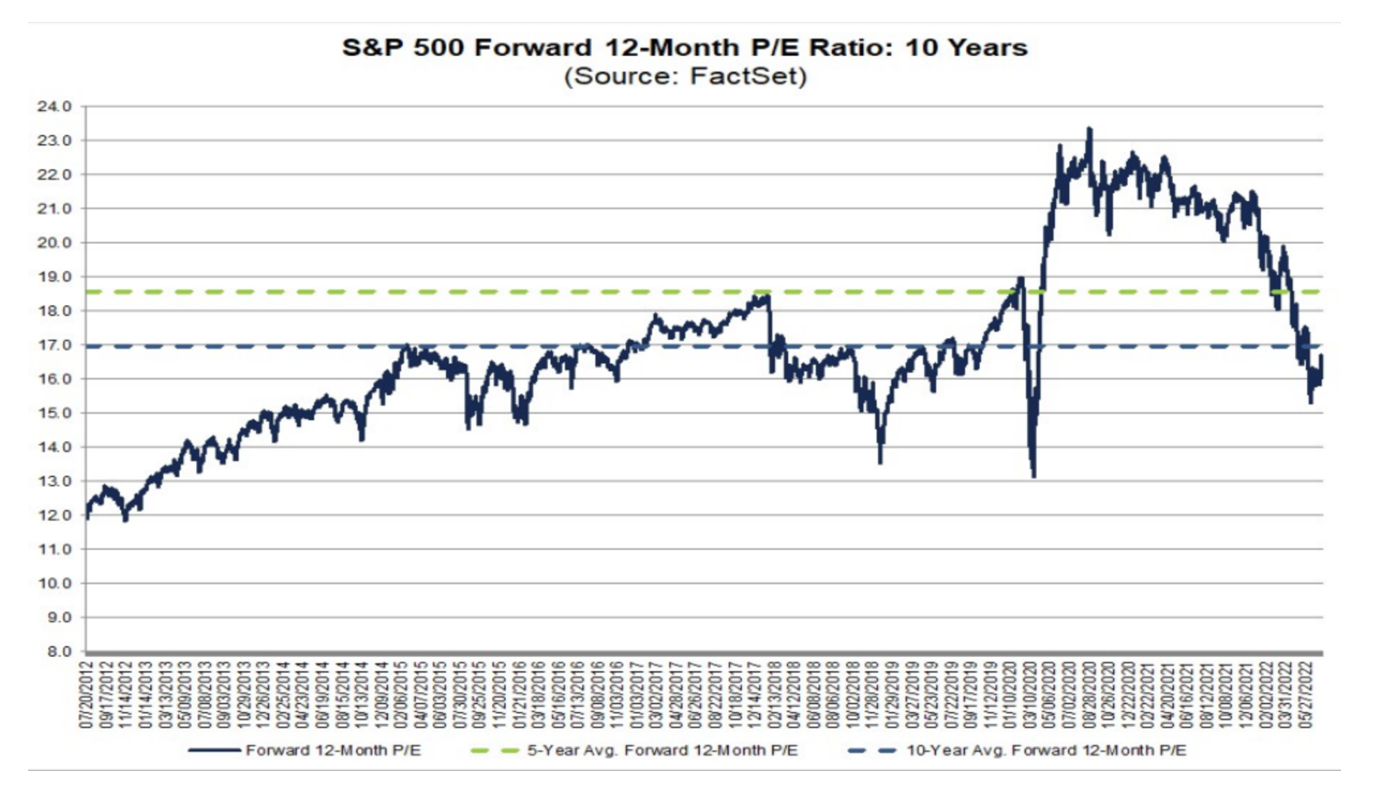 The P/E ratio compares the price investors are willing to pay for a company’s stock relative to the company’s earnings.

Financial analysts see the ten-year average P/E is seventeen. And since we’re currently below that figure, they think the market should be trading higher.

But these analysts are being short-sighted….

Take another look at the chart:

While the ten-year average P/E is seventeen, if you take out the last two-and-a-half years, it’s way lower than that.

You see, Covid completely skewed the data. The P/E ratio during 2020 and 2021 was around twenty-two or twenty-three. These were unprecedented times.

The more realistic ten-year P/E ratio is closer to fourteen. And right now, we’re at sixteen — meaning the market is overvalued, and has room to fall.

How far could it fall, exactly?

Well, consider what happened in March:

I expect this current rally to end soon. Why? Because company earnings don’t support it.

The earnings of companies like Walmart, Whirlpool, and Target are falling short. In fact, of all the S&P 500 companies that have reported so far, all but one is adjusting its earnings projection down.

At the end of the day, it’s common sense.

We continue to be bombarded by bad economic news: a recession, rate hikes, missed earnings projections. And yet the market is rallying.

It just doesn’t add up.

The recent rally might make you want to buy in. Don’t fall for it.

Instead, keep betting against the market.

If you’re a “Pro” subscriber, I’ll show you a specific move that could potentially pay off big.